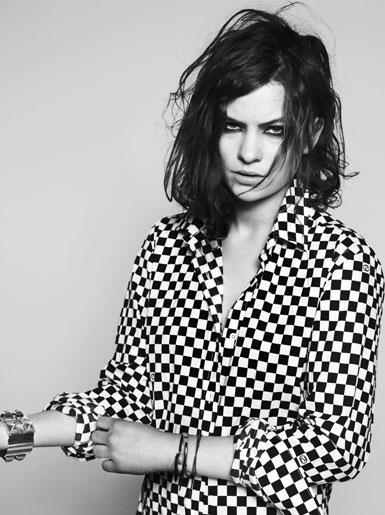 Eliot Paulina Sumner aka I Blame Coco aka Stings daughter is slowly making her acension to the top of the indie pop world. By slowly I mean she’s signed to Island Records, released an album and is constantly working with the biggest music heads in Europe. On top of that she’s getting remixes by people like Diplo, Miike Snow and now EMPT favorite Shook. Don’t get it twisted though, the girl can sing and all those producers and writers behind her are putting together some high quality stuff.

I like this song but for some reason it got me thinking about time and why I don’t like the concept anymore. I go to California quite often but I live in New York City. When I’m in Cali time seems to pass so slow, the days couldn’t be longer and the overall perception is time is just chilled out. A New York minute on the other hand is blazing fast, there’s never enough time to do anything, the day is over before you know it and repeat. Anyone ever notice how slow and dreadful time is when you’re doing something lame like waiting at work, or how fast it goes on weekends? Seriously, where does time get off being so fickle?

I don’t know, I just have this feeling that time is irrelevant and constantly reminding ourselves of it does nothing but create a false sense of limits based on how a clock ticks or what day it is on the calendar.

I’m with Coco on this one be faster, get thing done and outsmart time by deeming it pointless. At the end of the day time is just good for keeping meetings but the sun comes up, the sun goes down, one day we’re young, someday we’re old. The hour on the clock has nothing to do with those inevitabilities. Oh snap, look at the time! I gotta stop rambling and get to my next meeting, enjoy.