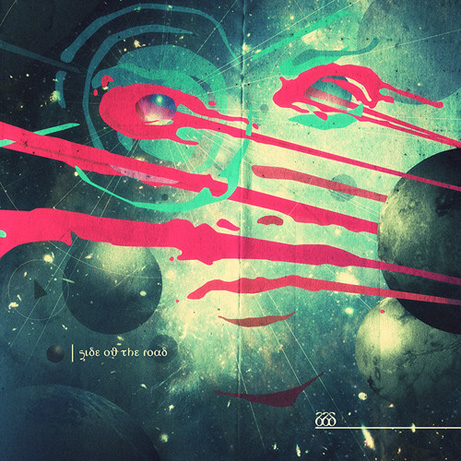 I hadn’t heard of Big Black Delta, the solo music-making moniker of one Jonathan Bates, until just recently, even though the project appears to have been a going concern for some time now. Oh well, the music side of the internet is far too vast. Things are going to slip by you. Best to remember that it doesn’t matter how old a release or a track is, that just because something didn’t just come out (or hasn’t even come out, yet you somehow find it in your possession) doesn’t mean that it can’t be great or vital. As the old saying goes, age ain’t nothin’ but a number.

Onto the music. Huggin’ & Kissin’ is literally riveting. It traffics in the same kind of romanticized melancholy and chic sonics as a lot of the material found on the Drive soundtrack. Not the song would slot in nicely with any of those tunes. It’s lacking for manners and it’s on a serious power trip, clanging and charging forward with each beat. Most of the dynamics are of the loud-soft-loud variety. It starts out strong, rocking a straight Robocop vibe in the intro and the chorus builds and takes off like a flying car sailing into the night air of some futuristic metropolis, with the undercarriage and the windows reflecting the bright neon lights from the buildings around and below. Right before the next verse kicks in, you’re allowed to breath for a second. But after the reverb decays into silence, Bates slams back into you.

I also hear a few nods to some pretty tasteful sonic touchstones. I don’t know if this is me reading too much into this or if Bates is consciously winking and nodding towards his inspirations. Either way, it works. The synth that peels out in the beginning could’ve been lifted from a Pictureplane production. Speaking of theft, New Order might want to look for the drum machine they used on Blue Monday. Bates might’ve snagged it while they weren’t looking. There’s even a glitched-out keyboard run that leads into the bridge, a display of rockist flash you don’t usually see in this kind of music. Which… I’m not even sure what to refer to it as. For all those cultural touchstones, Huggin’ & Kissin’ isn’t new wave, or electropop, or witch house, or chillwave. All of those classifications are close, but not quite on the mark. The song fails neat categorization.

All I know is, what could’ve been claustrophobic, desultory, and suffocating is instead grand, booming, and cohesive. Embrace this.