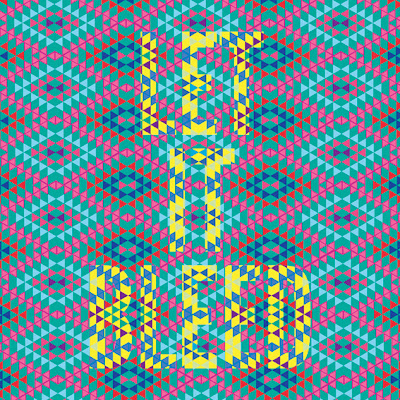 The wailing sax solo and glaring guitar hook won me over. So raw. So primal. Right from the start a solid syncopated pulse of hypnotic proportions swallows me whole. This hypno-freaky-tribal-punk band takes World music to a whole new level… to another world, actually. Goat defies categorization… Swedish Afro-Voodoo-Beat is the closest “genre” that comes to mind.

I’m faded, I touch the block
Machine gun, through the lot
They walking past, famous peep
Gotta go, let it bleed.”

Goat‘s trance-inducing rhythms are inspired by their hometown in Sweden, Korpilombolo. According to (the band’s self-proported) urban legend, Korpilombolo has an elaborate history of voodoo-practice as well as religious persecution. Appropriately, the band dons voodoo-style masks while they perform live to maintain anonymity.

In an interview with spin.com, the band is asked what performing means to them on a metaphysical or spiritual level. Their reply really captures the free spirit of their music: “Making music is everything. It is where we rest in a way. When we play we normally don’t make “songs” and are only interested in reaching the state when you lose the concept of time and space. You feel drugged and you feel like you are lifted up from the ground. In that state you are completely free and you are connected to the universe…” The rest of the interview is definitely worth a read, REAL talk.

“Let is Bleed” is an exceptional track, and the rest of the album, World Music, is also pretty killer. It is aptly named, as it screams cultural influences from all over Earth… including but not limited to bhangra, afro-beat, psychedelic, metal, rock, and even disco. Give it a listen, you may find yourself in another world…