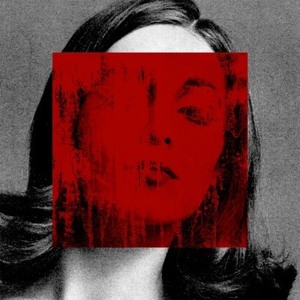 When I was in school, I wrote a term paper on the subject of genre: What does the term mean? Has it outlived its utility? The paper focused on the catalogue and philosophy of the now-legendary L.A.-based producer Flying Lotus, an artist whose productions defy easy genre tags.

When The Weeknd burst onto the scene from the cold north, critics and fans rushed to ascribe genre to his at-once lush and austere tracks. Hip-Hop, R&B, Soul, Indie…they were tossed around like so many darts in a dark pool hall. From this misguided attempt arose the term PBR&B, a reference to the alcoholic beverage of choice for the so-called hipster movement, Pabst Blue Ribbon. Because, apparently, only “hipsters” like this type of music.

Personally, I find this term hilarious and completely misguided. It’s the outcome of a human obsession with categorization, partially driven by the music industry and the chart culture that is falling to pieces even as I write. We are at the point where the genre defines the listener: Oh, you like The Weeknd? You must be a hipster. WHAT THE FUCK IS A HIPSTER BTW?

JMSN (pron. Jameson, like the whiskey) may be a new name to the PBR&B crowd, but he certainly is not a newcomer to the music industry. He began his career as the producer/writer/singer of power-pop outfit Love Arcade (LOLing at all the hipsters who, in an effort to prove how with it they were BEFORE he was big, will be forced to play Love Arcade songs for their friends)

Now he’s squarely in the sights of trendsetters everywhere, and any day now he’ll pop up on Pitchfork with a mediocre rating and a review that uses a lot of fancy words.

It’s Kastle’s touch that makes this song worthy of my space age bachelor pad. That garage two-step beat, the digiblips, the…emotive string section? Oh yes. The San Fran man takes the mood that Burial built and updates it for the year of trap in the least bombastic way possible. This remix sounds like an original, which should be the goal of every remixer the Internet spits out.

Go drive somewhere at night and bump this song. No PBR required.