If you did a dance remix of Hall and Oates with Daft Punk and added a dash of Duran Duran, you’d get something like the hot new album “White Women” by Chromeo. Before you accuse the artists of racism, take a breath because the title has a double meaning.

What was the inspiration behind the album title?

The musicians admitted that the name “White Women” is actually an intentional tribute to one of their favorite photographers: Helmut Newton; this photographer published a famous series of black and white erotic portraits under the same name in 1976. This provocative album cover photo imitates Newton’s classic style of posing powerful women in risqué settings that push the boundaries of their audience. Thus, the album cover of, “White Women” is a tanned woman with deliciously long legs in a tight, ultra-mini bridal dress few would dare to walk anywhere in, and the Chromeo duo of David Macklovitch and Patrick Gemayel, also known as “P-Thugg,” escort the “stolen” bride down an empty street rather than the infamous aisle. How’s that for a conversation starter?

Not only that, you can see in the music video of, “White Women’s” latest hit, “Jealous” that the phrase is also a general pun about women of all different races, sexual orientations and cultural backgrounds in white wedding dresses. All in all, the pun of “White Women” shows the playful, cheeky nature of Chromeo that fans have come to adore.

What can you expect from this record?

With familiar beats pumping along, the playful layers of synthesizers blend in to create something totally new, fresh and upbeat.  The duo that is Chromeo never take themselves too seriously, but that doesn’t mean the songs lack in quality, wit, wordplay, and beats that will make you dance in your office desk chair.

The first popular track, “Jealous,” has everything you need in a top summer hit single: fun, beats that build, humor, sex appeal and breaks with heart-filled lyrics that will bounce you through life with a smile. “Jealous” is a song with enough glamour to take women down a runway, enough flirtation to help you catch the eye of your latest attraction on the dance floor and enough punch to make that long highway drive an enjoyable one.

Songs like “Over My Shoulder,” a séance of a groovy, lost track of the late 70s disco craze is just the type of track that we expect from Chromeo, one that tackles serious topics with a twist of witticism and fun.

With lines like “even though you have small breast, to me they look the best, I confess, I want take you home and get you undressed. You see your problems of self-esteem can be self-fulfilling prophecies, so probably, your best policy is to talk to me,” they tackle self-esteem, the Hollywood image, and the sex-driven world that women have to traverse their entire life without being heavy handed.

This 12-track “electro-funk” album also features Ezra Koenig from Vampire Weekend as he shines later in the album in the song “Ezra’s Interlude” and Toro Y Moi on the track “Come Alive.”

“Come Alive” doesn’t just encourage listeners to take a break and dance; it’s urging you to get out of your static state in life. With undertones of social equality—”we got something so real, however they feel, doesn’t really matter no more”—the song is a statement about true love and not hiding in the shadows anymore. One can see how this still applies to present times.

If the song isn’t enough to make you a fan, the funny music video features sexy department store mannequins literally coming to life to dance as our hero struts and sings down the aisle. The final scene when both David Macklovitch and Chazwick Bradley Bundick (Toro y Moi) are caught making out and sexing mannequins in the storage room by Patrick Gemayel’s department store security guard is priceless and will surely win you over.

Overall, it’s another win for Chromeo.

Where did they come from?

A Jewish and Lebanese duo from Canada who met in the mid ’90s, Chromeo first got worldwide attention after the song “Needy Girl” hit clubs in 2004 from their debut album “She’s in Control.” The Reese’s candy company later used the song “Needy Girl” in a 2007 television commercial for the Reese’s peanut butter cup where the words, “The perfect three-way: milk chocolate, Reese’s peanut butter and you,” flash over the image of the candy. That wasn’t the only song to gain them more exposure either; audiences heard their song “Mercury Tears” in the 2004 snowboard movie “Chulksmack” by Mack Dawg Productions. A few years later, the next big hit, “Night by Night,” showed their growing potential as they smoothed a “Miami-Vice” flair into a more modern sound that continues to gain sophistication and popularity to this day.

The Come Alive tour is keeping them busy until the first week of June in 2014 all across Europe with live shows in London, Amsterdam, Paris, Barcelona, Berlin and more. After that, they’ll crash Colorado’s Red Rocks Amphitheater in August, followed by a special feature at the Brooklyn Bowl in Las Vegas, Nevada a few days later.

Jason Kane is a music connoisseur and an avid record collector. He bought the new Chromeo from SoundStage Direct, his go-to place for all turntables and vinyl equipment, and played it on his VPI Turntable. 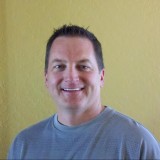 Jason Kane is a music connoisseur and avid record collector. He is a freelance writer, professional blogger, who writes for SoundStage Direct, his go-to place for all turntables, vinyl equipment, and vinyl records.