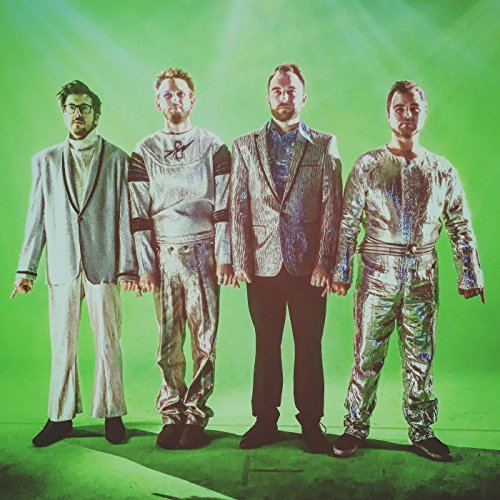 Just to test it out, I decided to throw this song in a random mix with all of my favorite “white guy soul/yacht rock” songs to see how it held up. A couple of Hall and Oates and Steely Dan songs floated by, then some good ole Michael McDonald. Then a Joe Jackson song, although since he’s British he probably fancies himself too cool to be boxed into this group. Then on came Mainman, sandwiched by Christopher Cross on the other end. And you know what? “W.W.H.” fit right in perfectly! It passed a huge test. Next would be to play it for my dad and see if he starts tappin and groovin and acting all early 80-ish. If Mainman passes that test, this song is gold as far as I’m concerned. And if the song wasn’t enough, Funny Or Die premiered the wonderful time-warping video last week, check it here.

Plus, you gotta love the topic. I don’t know what the heck the initials “W.W.H.” stand for, but I do know that the singer is clearly trying to help someone keep with spiraling thoughts. You know, the “tiny thoughts” that eat away at your being like termites until you fall apart and “enter the void.” And think about it for a sec – where do these thoughts even come from? Whose voice are they? Not yours, i’ll tell you that much. Not many of the thoughts that stream through your head in a given day are yours. That’s why many meditation practices revolve around playing the role of an observer or witness to your thoughts, and NOT indulging them. You gotta be able to observe your ridiculous thoughts (you know they are) as a by-stander, and not pay them any attention. Your attention is the most precious thing you can give to anyone or anything, but that’s a whole other topic.

It’s like when you’re riding on the bus and some homeless guy gets on – already mid-conversation about something insane – and he’s gonna tell the rest of his story to whoever he locks eyes with. Don’t make eye contact or you’re in for 15 minutes of nodding your head politely while this guy rants and raves.

These tiny thoughts are the same. They’re nuts. They’re pure lunacy. They’re definitely not worth giving your attention to. If you can learn to indulge only YOUR OWN thoughts and laugh at all the other BS that floats through your head non-stop, you’re well on your way to gaining control of your life like never before.