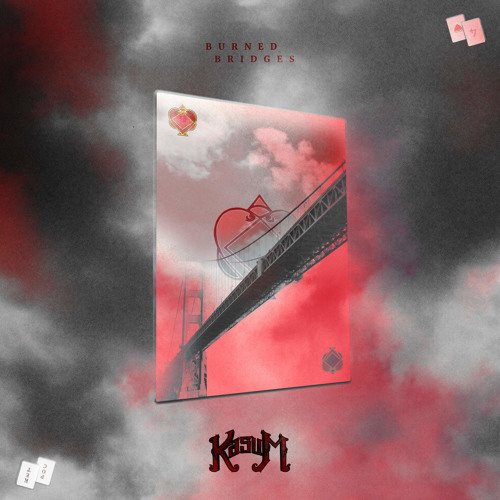 Sometimes being burned out on what you love most and taking a step back can result in some of the most valuable experiences in the long run. I knew I wanted to be in the music industry from the age of 15, but in college I finally became sick of music blogging and took a semester long break and switched my major to political science. I absolutely hated political science but felt directionless until a friend reminded me that there was nothing stopping me from returning to music. Thus, I began writing about a totally new slate of genres and rekindled my love for music in the process – it was the first step toward the dream job I have right now.

Kasum seems to have taken a similarly fruitful route. After not releasing music for 18 months, the vocalist and producer has returned with a track called “Burned Bridges” that synthesizes the best elements of pop music in 2017. Much like the resurgence of pop-punk into the mainstream consciousness via Lil Uzi Vert and Lil Peep, he brings the genre’s sound and ethos to electronic music. It’s a brilliant combination that reaches anthemic heights and shows how our preconceived notions of genres being bound to specific structures and instruments are invalid as music and its technology evolve. And hey, I think electro-punk has a nice ring to it!