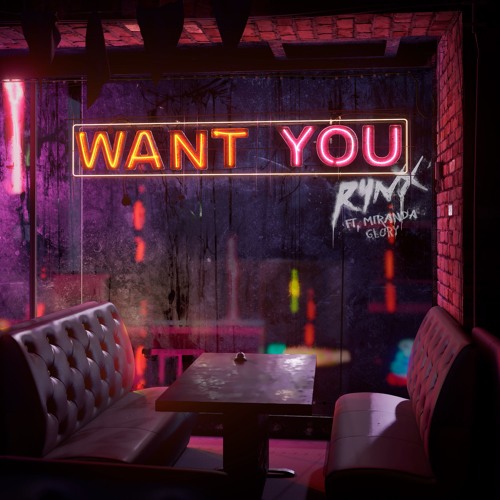 I know a hit when I hear one. I’m not classically trained in music so I can’t explain the technicalities or the theory behind it, but it’s a feeling that starts in my gut and spreads throughout my entire body. Rynx doesn’t reinvent the wheel on his new single, but the best pop music doesn’t need to innovate – it refines a formula to its most infectious state, and he does just that. Every synth on “Want You” is designed for a visceral experience that makes you not just hear the song, but feel the song.

Miranda Glory’s vocals further that feeling as she goes beyond the usual complementary trappings of a topliner, instead sounding like a radio-ready professional. The hook on this song is something I especially want to hear blaring out of a stack of studio speakers as Rynx’s production and Glory’s singing intertwine into a ridiculously melodic sensation. Rynx’s remix he dropped earlier this year was a trap banger but this one shows his ceiling is astronomical. I’ll be anxiously awaiting his next release while I keep “Want You” on repeat.