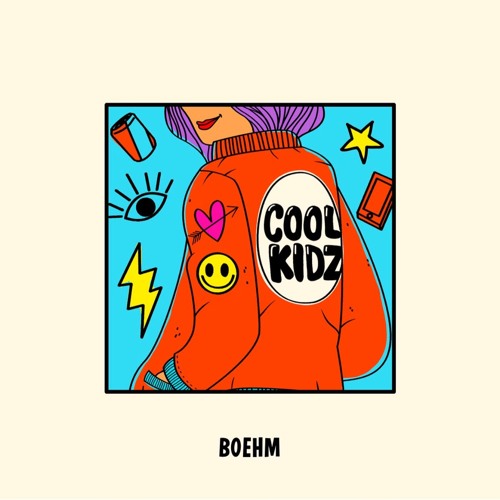 Boehm comes through with a super sleek new single called “Cool Kidz” that taps into a lighthearted, joyous aesthetic. The production in particular is super buoyant and floats along at ease with some absolutely killer vocals from an unnamed talent. Out via Ultra, it shows that the label hasn’t lost a step when it comes to identifying talent that can bridge the lanes of electronic and pop sounds to create songs that are perfect additions to the playlists of teen boppers and festival goers alike. You have to have versatility in a day and age where every niche sound has already been made ten times over and Boehm pulls off that versatility without a doubt.

Cool kids while I was growing up were those who conformed to preppy standards, but I feel like society has shifted toward rewarding the innovators. Lil Uzi Vert is releasing an album with artwork influenced by the Heaven’s Gate cult, kids are skating around with fanny packs around their shoulders, and moshing at shows has become the status quo. Music, fashion, and physical rebellion that was quietly ushered into the corners of our culture is now at the forefront as the youth innovates at a speed never before seen in humanity. We’re truly fortunate to live in a time where the freedom to express one’s self is gaining steam.