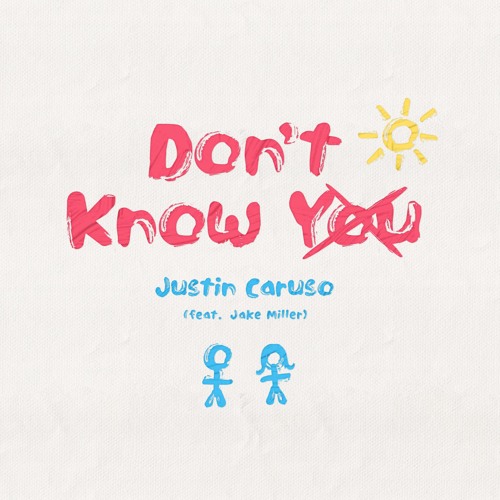 Justin Caruso has always had a knack for making sweetly melodic electronic songs, but this might be the first one I’ve heard from him that delivers some wonderfully welcomed edge. Called “Don’t Know”, it’s a Jake Miller assisted bop that begins with pure pop courtesy of strummed acoustic guitar and Miller’s vocals traced through one another. The song’s drop is where the edge hits as a deep synth groove stops and starts with a swell of tension that’s virtually impossible to escape. It’s a massive sound that takes Caruso’s music to totally new territory that I didn’t even know was in his repertoire. It’s an exciting phase in his evolution that has me immediately ready for more where that came from.

“It feels like I don’t know you.” I’ve definitely experienced that sentiment before, when someone who you thought you had seen every part of reveals a dark side you had no idea existed. Sometimes there’s hints that you should’ve caught along the way, but sometimes the transition can be shockingly sudden, and thus, you’re left to contend with the wreckage that person has wrought. In terms of romantic relationships, there have been moments that have totally blindsided me and left me wondering where the hell it all went wrong. In those situations, where you didn’t know the person all along, you have to recognize that it’s not your fault and it doesn’t reflect on your character. It might be a personal blow that hurts to the touch, but don’t be confused and think it was self-inflicted; you’re not broken and you can move on to someone whose truest self is revealed to you from the start.