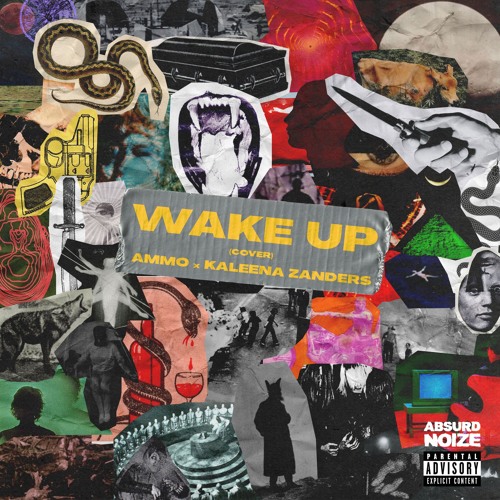 An absolute banger entered my inbox and I figured there was no better way to kick off Friday than write it up. It’s an insane cover of Travis Scott’s “Wake Up” with vocal dramatics from Kaleena Zanders and wild, wonky production from Ammo that spirals into a hypnotic groove. It’s apparently the launch of a new label called ABSURD NOIZE and I honestly can’t think of a more fitting song to lead with. It’s amazing how they made a track that’s only a few months old totally their own and gave it such a unique flair with a wild dance music approach

Ammo apparently has some major pop production credits under his belt so it’s especially crazy that he’s able to pivot from working with pop stars to making something so underground accessible. It shows a versatility that’s so welcomed in music. Kaleena Zanders has some major features recently and has shown herself as one of the premier topliners in the game, so it’s equally exciting to have her lending her talents. I’m all about thinking outside the box when it comes to music – you can’t just make music without something to complement it anymore – and it feels like ABSURD NOIZE is onto something as they apparently have not just music but events in store. I’ll be buckling up and keeping my eye on what they do next.