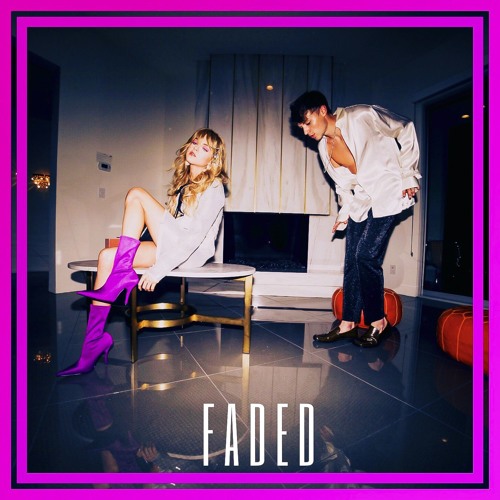 Anne Winters might be best known for her award-winning acting chops, but she shows an equally exciting knack for singing on her debut music single. It’s a fitting release for the newly anointed Lil Anne as it comes alongside none other than her partner in crime Taylor Beau, a connection that can be felt through the song as it oozes romantic chemistry. The back-and-forth trading of verses from one to another makes for a perfect duet in a classic r&b style as Anne plays the one asking pertinent questions while Beau tries to explain them away with utterly smooth vocals that make his past boyband involvement more than apparent. I look forward to hearing these two cross paths again musically and also seeing what Anne can do when she goes solo. There’s so much potential here all around!

I feel like “Faded” touches on a classic case of lust that we’ve all experienced at one point or another. One of my worst romantic experiences was a time where I had fallen for a girl and wanted to be in a relationship, but she increasingly only hit me up when she was drunk until it hit a point where I essentially never saw her sober. I desperately wanted to believe that she was into me until the day she cut things off. It was unfortunate but it gave me clarity for when she hit me up a few days later at midnight saying she missed me – I knew she didn’t miss me, she missed the drunk idea of me, and from there on out I left her in the past where that fling belonged. It was a demoralizing experience at the time, but it gave me a newfound confidence in my worth that I’ve carried to this day.