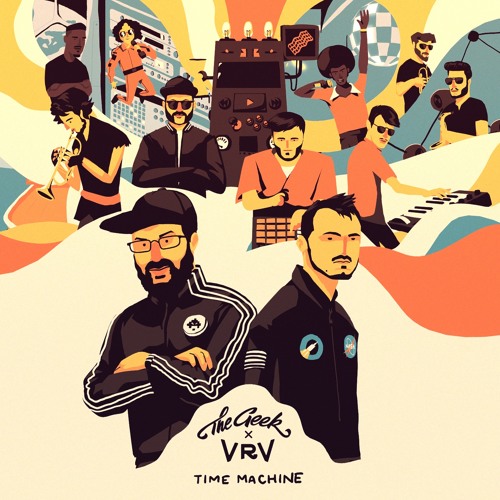 The Geek x Vrv are time traveling shapeshifters who are able to embody the aura of any era on command. The opener to their debut album Time Machine is a West Coast sensation that could’ve come directly from the ’90s heyday, vocoder-soaked vocals and all, while “Oh Baby 1939” is a subtle funk jam that feels like cruising down Sunset with the windows down. The singles from this album that I’ve been raving about for months all fit seamlessly into the the trajectory of the Time Machine’s flight path as the seemingly contradictory sounds fit like puzzle pieces with one another. It’s a testament to the fact that The Geek x Vrv are one of the most exciting voices in electronic music right now.

My music taste often feels like a mishmash of eras, from ’90s Brooklyn hip-hop to early ’80s new wave, Mobb Deep and Duran Duran potentially going back to back on a playlist without warning. I can respect people whose tastes like solely within one genre (hey, if you know your interests that well, more power to you), but I personally prefer the dynamic nature of appreciating music beyond boundaries, especially in this limited time on Earth. That goes for everything for me, though; films, art, books, I keep an open mind to all of it because one of the most fulfilling experiences could be hiding right around an unexplored corner.