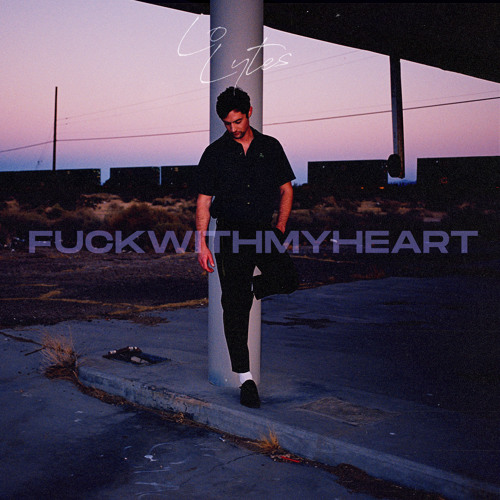 We’ve been tracking the trajectory of Lo Lytes throughout his steady stream of singles, always enjoying one more than the next, and man does that kick into overdrive with his new one. It’s called “Fuck With My Heart” and it’s like an ’80s new wave convertible drove through a cloud of r&b smoke, emerging surrounded by a glowing haze that you can’t take your eyes (or ears) off of. His vocals are silky smooth, the production is top notch with crisp percussion that taps into all the right areas, and that little vocoder bridge to top things off just makes this song irresistible. Do yourself a favor and spin this one while blasting off into another dimension.

The manipulation of fucking with someone’s heart is so bizarre. If you’ve earned the trust and respect of someone, why take advantage of that intimacy and hurt another? Allowing access to your heart center is the most spiritual form of connection, not just in a romantic way, but in opening a direct channel with another person. Time and time again, I’ve given someone a look into this intimate space of loving potential and received indifference, or even worse, disrespect. It’s an unfortunate chain of events, but hey, at least it results in some great music like this Lo Lytes single.