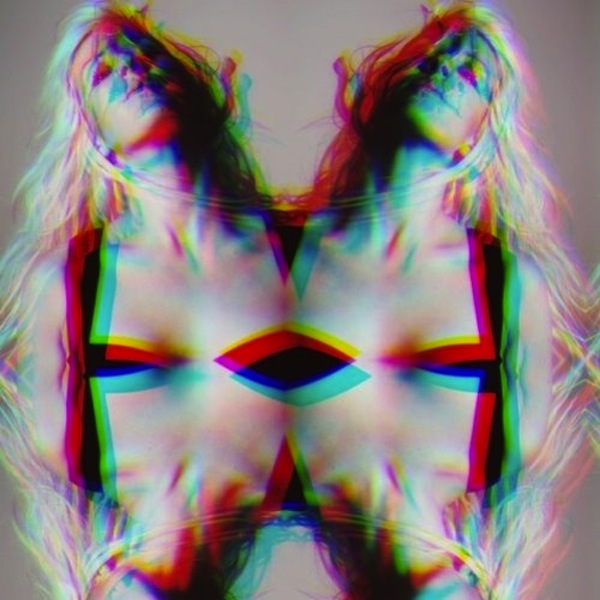 The dog days of summer are here, and New York City is literally a melting pot drenched in sweat, watery air conditioning units, and the chances of having a good hair day are slim to none. It’s not even 9 AM as I sit in my little house 34 stories up sipping the life out of my morning cup of coffee, and the haze has already begun to accumulate around the buildings I share the sky with. “Happy Monday,” I imagine the weather saying, “I’m going to try my best to make you as sluggish as possible — pack an extra shirt before you leave for work.” Cue to me pouring myself another cup of joe, and turning this track up.

When it comes to actually taking the time to evaluate every decision you’ve yet to make in the 24 hours ahead of you, or the ones you have made in the hours that have passed, I tend to lean heavily on the mind-over-matter method of thinking. If you imagine something (albeit worldly plausible), it can come into fruition — or at least seem like it. If a song like Goulding’s richly raw cover of Alt-J’s “Tessellate” awakens some kind of belief in you, then I say go for it — it certainly helps me.

A couple weeks back, while I was home for a weekend escaping the city, I decided to revisit Ellie’s soundcloud page. I hadn’t been in a while (which felt like a sin being such a massive fan of her’s). I, of course, played her newest single “Burn” over and over again, and when I finally decided to move down the selections, I came across this gem. Only Ellie could take a track that’s been stripped down, and strip it down some more. Her delivery is spot on: sexy, sultry, and there’s a veil of knowing innocence in the lightness of her voice. I love what she does with the electronic productions on her albums; she’s one of the few artists who use auto-tune and synths as instruments over enhancers (if you doubt that I urge you to watch any live performance she’s done, you’ll hear why). But it’s tracks like this that add a little brava to her oeuvre. Ellie can do sexy, and this is her calling card. That sax? I mean, please. It’s on point, and it deserves every bit of your sweltering Monday blues. Get lost in it, and return a little more chilled out than you were before you pressed play.

Here’s to a new week.

All colours and cares glaze to grey, shrivelled and stricken to dots,
Left hand grasps what the body grasps not – le photographe est mort.”

When was the last time you went to a concert with a bunch of your best friends? The kind of concert where you spend a majority of it just holding each other, smiling like total idiots and singing along to every other lyric? My entire Alt-J concert experience was such. And as I looked around the tightly packed Boston venue, I found that everyone was paired off into couples or groups of friends, just as we were. It was adorable. As someone who holds her New Yorker head high in Boston, I felt that for an hour on that particular evening, we could all come together to be the same: a bunch of silly best friends in love with good music.

It’s funny because I don’t think it’s just a coincidence that Alt-J is a band that attracts groups of friends. I remember showing my roommate the music video for Tessellate, and how quickly that spread like wildfire to the rest of my friends. I think that’s probably how most people wound up listening to these guys, via word of mouth.

The way the venue was set up unfortunately meant that one had a 80% chance of standing behind a massive column which cut off some of the stage view. This wasn’t too bad, seeing as I just focused on the drummer the entire time. I love watching drummers because everything depends on them, and yet it’s so strange to put all of that pressure on one human — one that is incapable of truly always perfectly being on beat. I found out later that they all wear in ear monitors, and that the drummer had a metronome in his ear. Something that a lot of bands do, probably. But it was interesting to me, the technology that goes into creating a seamless performance that doesn’t get swayed or distracted by a rowdy crowd such as the one that night. The drummer’s technique was not only meticulous, but multi-faceted. He would play drums one minute, then a tiny little piano tucked away to the side of the stage almost out of view. Come to think of it, all of the band members did something unexpected at one point during the night. Like the guitarist, who was able to imitate the sitar sound that you’ll hear in this song, by using a metal slider on his finger and plucking extremely close. I was mindblown — but maybe this is common knowledge to people who play guitars religiously. I play, but I’ve never dabbled with different sound techniques. He also had this little clicker-clapper that added the tiniest difference to one song. It really made me realize that more bands need to be about the sonic experience, the live edits to their music, to keep things exciting and new for them and audience members alike. Alt-J does this magically.

This song holds a lot of meaning to me. It’s lyrical content is the story of two war photographers/lovers. The tone carries weight and sadness, shadowed by a pleasant musical experience for the ears. The perfect dynamic for a song such as this. Do yourself a favor and find a friend, hold them, and listen to this song. If you don’t already know it, your life is in for a treat.

Happy Thursday ya’ll! The music I’ve been listening to all day has been heated and filled with bass. But let’s take it down a notch and think subtle and inspiring. I’ve been consistently jamming to this track for the past week, waiting for Thursday to come around so that I could share it with you guys. The lyrics are simple and the breezy dual piano-guitar sounds weld with the vocals in what seems to be a perfect physical tessellation. I hope I’m using that word correctly.

I didn’t know much about this band, so I was surprised to find that the name was not just a triangle shape, but in fact “Alt-J” which is pronounced exactly as it sounds. Coincidentally, when you hold down the alt and J buttons on your computer, you get a triangle. Sweet, huh? I was humorously annoyed when I tried to learn more about this song and pasted the physical ∆ into Google, only to receive results about geometry. Thankfully, my mind began working a little bit faster and I was able to solve the puzzle. The lead singer’s voice is kind of reminiscent of something that already exists, but I can’t quite put my finger on it. I’d be curious to hear what you guys think.

This day started out grouchy and frowny, something that is uncharacteristic of me. I was sad to go to work in the morning because it’s the first hot day we’ve had in a while, and the last thing I wanted to do was be locked inside. The beach was calling. However, I was totally surprised to find The Do setting up for a live performance in my office as I walked in, and from there on things seemed to look up. After a remarkable live set from the adorably charming French (and part Finnish!) trio, I sat at my computer and listened to this song. All the stars (or clouds, for daylights sake) seemed to align perfectly and I took a deep breath.

This song isn’t necessarily a happy one, the lyrics are dark and meaningful. But it resonates all the more. Allow it to mean something to you. Think about triangles, then perhaps if you’re like me, think about what in your life meets at certain points over and over in a triangular fashion.

Triangles are my favorite shape
Three points where two lines meet.
Toe to toe, back to back, let’s go
My love it’s very late.
‘Til morning comes, let’s tessellate.