GO. That’s been the requisite action for me in the last 3 weeks.  It’s been LA to NYC, NYC to Kennebunkport, Kennebunkport to NYC and finally NYC to LA. Every stop literally filled with life changing events, revelations, realizations, missteps, mishaps and a fair share of mischief. Prior to my travels I’d been putting a lot of attention on my diet, getting in touch my thoughts and clearing my mind so during my travels I was well aware of everything that was going on in a way I’d never experienced before. Meaning there are times when we’re in the thick of it and only in hindsight do we truly understand what transpired.

We’re essentially slaves to our environment, temptation and influence and usually gain back control when it’s too late. That said, it’s interesting when the mind is clear and you have control. Suddenly what you’ve let slide in the past becomes immediately apparent and like playing a video game you decide to go left instead of right. When opportunity knocks you have to power to turn up and take advantage. When lust, temptation and romance is breathing down your neck you give it all you have . Essentially, when you focus on clearing your mind and body of the poisons related to the modern-day industrial food complex you become human again and you get the power to GO. How do you know your missing something you never know you had? The poisons are invisible, slow killers so we have to experiment with ourselves. Take a month and see what it’s like to not eat processed foods. See what that does to your mind and appetite for life. Get out of the pattern the yields the exact same results you know day in and day out and seek that 1 to 2% improvemnet. The results might shock you.

Dreams, they feel like memories when I dream of youTime won’t stay, it’ll stretch itself out from a minute to daysAnd I’d like to think that we don’t dream to win it all‘Cos I’ve been here…

I look at who I was before I started caring about these things and I can’t even recognize that person anymore. The worst feeling you can have is being in a shitty situation, knowing exactly how you got there and worst of all having been there before. Our ability to GO when life calls for it is the difference. That’s the difference between letting go of the bad things and getting to the new.

This isn’t the mid-twentieth century anymore when you have doctors advertising cigarettes or or saying that baby formula is better than breast milk for little kids. We’re in the Space Age and because of technology and science we know more about what makes humans GO then ever. If you’re feeling crappy because it’s Monday, I suggest you look into these things because the solutions and the power to change ourselves is in our hands. A huge portion of it is diet and exercise, that simple. Anyone who wants specific reading material send us an email, enjoy. Listen up guys, Ellie Goulding is coming back on October 4th with her new album Halcyon and she’s not singing about lights anymore. Granted, that track and extensive remixes that followed were fantastic, I’ve been itching for new work from this British darling. Ellie’s been popping up here and there these past few months with covers of The Weeknd’s “High For This” and  Active Child’s, “Hanging On,” but it wasn’t until this past August that we got to hear more of the artist’s original writing and production. I remember getting that little butterfly excitement in my stomach when I saw that she released “Anything Could Happen.” It took no time before it became my go-to pick-me-up track. The original is as light and ethereal as Ellie’s vocals. I walk a little lighter on my feet when this comes on. This track solidified Ellie’s return and it came in bursts of lights, glitter, and wisps of sound.

Today, however, I came across 21 year-old Canadian producer Mike Tucker of Blood Diamonds take on the track and immedielty hit the repeat button on my iTunes. I thought the original track was infectious, but Tucker’s vision for Ellie’s return is pure joy. Rather than beginning the song with Ellie’s bird-like sounds, he brings us in with a shining melody of an electronic harpsichord that drops into the vocals and keeps us floating with subtle synths rising in the background. In reality, though, Tucker’s remix work here is minimal. He keeps the strongest part of the track – Ellie’s vocals –  at the forefront of the sound and lets everything else spin beneath her. While Ellie balances on the threshold between techno and pop, Tucker pushes the track fully into the techno spectrum and I’m not complaining. Ellie’s lyrics are simple and honest. They work in harmony with the production. Ellie’s use of technology to make her voice into an instrument rather than using some other machine is endearing and it’s showcased both in the original and the Blood Diamond’s remix. It’s lighter, yes, but that doesn’t mean it’s less of a track. It still gets me lifted and happy.

I feel a little silly that I’m so happy listening to this track, but I can’t contain myself.  The story of coming to terms with yourself and knowing that one person isn’t meant to be playing their current role in your life  and – most importantly – not getting down about it is perfect for this Sunday. I woke up today with a clearer direction of where I need to push my priorities and where I need to leave some things behind. Sunday is about yourself; a day of rest (and work for some of us), but not a day to spend floating in and out of sleep. For me, I feel back to my old Sunday self and I have this song to thank. 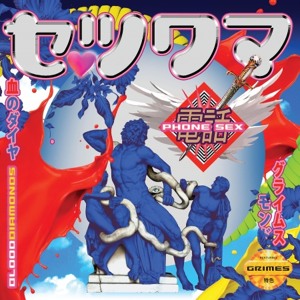 Perfect track to get your Friday heated up quickly!  This is yet another track I have had on repeat, I have a real long time love for house beats and sick remixes, and the bass couldn’t be more infectious on this track.  Just the right amount of sweet vocals but not too much because this is the type of track that can stand alone with all it’s radiating affects.  The production for me is unreal, when a track with all its magic can suck you in and make you feel like you are in another world, I think that’s something to brag about!

“Sun-dipped production”, I couldn’t have said it better myself and that is why I will be bumping this all weekend sitting by the pool, BBQing and enjoying good friends company out in the California sunshine…Absolute Bliss!

Speaking of bliss, I hadn’t heard of Unicorn Kid before but I was very intrigued by his remix of the original and had to find out something about him.  Oliver Sabin is his real name and the kid is only 20 years old from Edinburg and already composing killer electronic music.

When asked about the name of the act, Sabin states ‘There’s no real story behind the name, it just kind of came about and fitted in with the fun, magical nature of the music.‘ “

Enjoy this beautiful weekend and make this your jam for the next couple days!

I haven’t spoken much about my move to LA because I’ve been trying to settle into the new lifestyle, meeting all the music heads out here, just getting my stuff together. I’m finally at that point and for the sake of those who’ve emailed me about it, here’s an update.

I moved myself and EMPT out west to become the Creative Director for a company called The Playlist Generation. You may not have heard of us yet but you’ve certainly heard us. Most of the worlds top brands, high end hotels, restaurants and retailers hire us to create unique sonic identities for their brands. So if you walk into an Intermix in Miami and hear something awesome you never thought a store would play or you’re strolling through the Cosmopolitan lobby in Vegas and you hear Theophilus London and Edward Sharpe instead of the typical Rat Pack show tunes, that’s us.

I started EMPT with the sole purpose of bringing light to undervalued styles of music and art and it’s doing pretty well. The Playlist Generation is that concept on crack. Long story short, the dude who brought me out here, Michael Smith, is a guy who pretty much single handily bought good taste to many of our favorite hang outs. I like to surround myself around rebels and to have success by offering something different in a world ruled by the Top 40 hit making machine is as rebellious as it gets. Not to knock Top 40, I love the fact that so many people can enjoy something together but the way some of these acts make music these days it might as well be an algorithm. In fact, I would probably appreciate it more if I knew a robot had made it, then at least I would know it was sincere. Not just that but there’s more to life, expression and art than “hits.” Like many of my role models, Michael offered more when everyone else was simply trying to get away with giving as little as possible…

Apples problem is it still believes the way to grow is serving caviar in a world that seems pretty content with cheese and crackers. – Joseph Graziano

That’s the “problem” anyone who loves and cares about what they do has. The mentally of people like Joseph Graziano is why crap gets made, in the words of Kendrick Lamar –

I grew up an entertainer under one of the most demanding instructors a kid could have. It sounds tough but it was great and it made me have a deep love and appreciation for giving something unique. Life keeps putting me in a positions that allow me to do that on bigger and bigger scales and for that I’m so thankful. Sometimes my ambition and unwillingness to compromise gets in the way of execution but now I feel like I’m finding a balance. No matter what though, my desire for this only matures so there’s no stopping and…

To make you feel what I feel, I’m gon’ try my best
And if you real like I’m real, you could provide the rest
Everything left out, you could blame it on the brain not the heart, I’m playing my part…” – Memphis Bleek

I’m not sure what the future holds for this company but once I get to the point where I can be creative with what we offer it’s going to be exiting. To anyone else trying to do this that’s cool with offering cheese and crackers – “get ready cause here I come…”