When I came to we were clearly in a post Apocalyptic place. It was a weird sensation because I kept looking at my cloths and I could tell this wasn’t all real because they weren’t mine. I was in a ’70 style stripe top and jeans and looked like I just walked through a dust storm. I was with P which made feel calmer. He always makes me feel calmer. I had never been here before but we started to walk around like we knew where we were going. The town all seemed to be covered in this reddish, chalky dust. I was walking a step behind him down a narrow allow way which was just tall, old grey brick walls and little European style facades.

As we emerged from the alley to the main strip on our way to a cafe, we stopped by the kids putting up fresh graffiti. It was in another language, almost alien looking and we never saw their faces. They just kept going. One of them had a speaker in his pocket where you could hear the muffled sound of NWA’s “Gangster Gangster“. I thought quickly about my friend E. We sang that song in high school when we got stoned in the car. We heard someone coming so P and I started running for the downhill cobble street leading to the cafe. It was only then I realised the sky was orange. All over orange.

Even though I was fully aware this wasn’t real at this point, I kept worrying about work I needed to do. I was thinking about work in a place like this. In a shirt that I don’t own. On a planet with an orange sky. But yes, I was thinking about how to format an excel comparing something unimportant. Here, it didn’t exist. I kept reaching for P’s hand grasping it and slipping out. Holding for life.

We got to the cafe, and the food was all neon blue, which apparently was the norm. People sought refuge here. The world or maybe just this town had recently gone through something recently, making this a place where you saw people with everything they owned. Which was no more than two or three knapsacks full of their wordily goods. Clothes and some framed pictures. A couple books. It is weird. Even here you see what people grab when they can only take what they feel that cannot live without. Which in the end, is still little.

I ordered a black coffee and the waitress who also didn’t have a face, or one that I could see gave off the impression she was confused by my order. She brought me a cup of red coffee a few minutes later. I reached out for P’s hand as my stomach turned a bit, like when you miss a step. And took a sip of the red coffee. He started to say something and I strained to hear it as I was getting distracted by his dimples.

And then I woke up. I hope it wasn’t important.

Oddly, this dream made me think of the music video for this song. The original by Broken Bells, which is the combined awesomeness of James Mercer and Brian Burton, or the lead singer of The Shins and Danger Mouse. I find his voice haunting and comforting and the music is always whimsical and something dark, sexy. This remix from Zed’s Dead also packs on an extra layer of electronic edge. The beat changes under the chorus, “holding on for life” and it is nearly the pace of a racing heart. Pounding through the vocals and your chest. 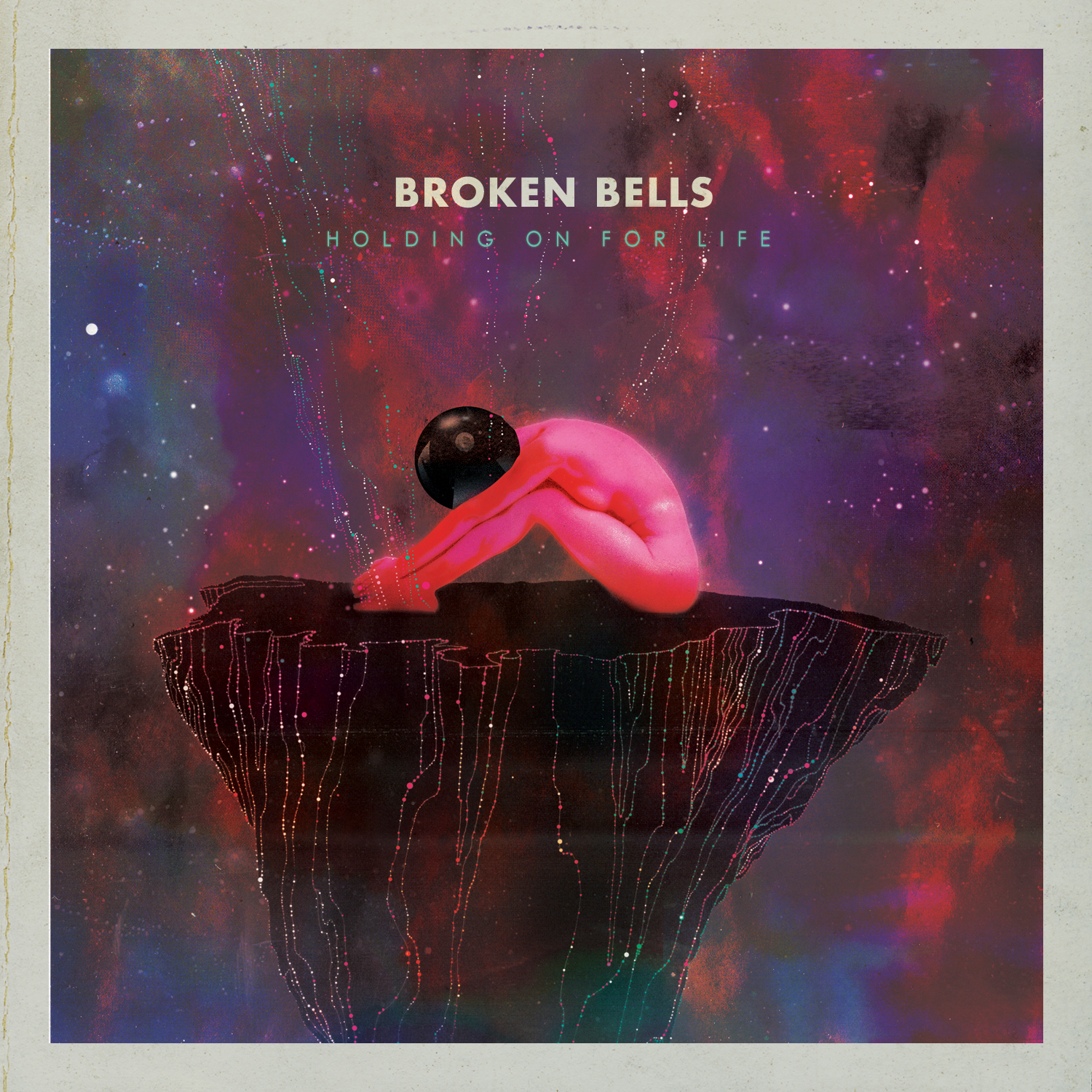 Whoever had the idea for The Shins James Mercer and prolific producer Danger Mouse to get together…give that person a fucking medal. Broken Bells, their collaborative project, has released two fantastic albums, described by Rolling Stone as “left field pop” and by the guys as “experimental, but melodic too.”

“Holding on for Life,” off their new album “After the Disco” is the band’s best song yet. Mercer channels his inner Bee Gee’s, delivering one of his most powerful vocal performances of his illustrious career, while Danger Mouse harkens back to his Gorillaz production days, blending a pseudo-Asian synth line with a grunge guitar bridge straight out of nineties Seattle.

Both of these artists have made careers out of coaxing a positive feeling out of songs with troubling subject matter. At first listen, “Holding on for Life” feels like a fun LCD Soundsystem style dance-rock track, tugging at your marionette strings and getting your body jerking in that special indie way. But then you hear the minor notes, the noisy dissonance, the abstract exploration of loneliness. You almost feel bad for your initial happy reaction.

But not for long. The point of Broken Bells seems to be that it’s ok to smile when life isn’t going so well. It’s better to dance in front of your mirror than to mope in your room alone, even if you’re alone either way. Barry Gibbs and Elliott Smith can coexist. This song allows us feel the weight of the world without getting crushed. It encourages us to make eye contact with that beautiful stranger. To take the chance and worry later. Because if the world is falling to pieces around us, we may as well open our mouths to see how it tastes.

Broken Bells – Holding on for Life

Here’s the thing — everything about music on this Wednesday has been incredible. I’ve just come across so much good music lately and it’s making me so happy. This song in particular seems to take hold of me in such a way that I can’t stop hitting replay. Haven’t listened to it in a while but a friend from work re-introduced it to me, and I’m so glad he did. It’s got such a demanding and powerful introduction that you’re almost ordered to pay attention. I am gushing about this video too because I’m such a big Christina Hendricks fan (as I’m sure everyone else agrees with) but seriously, the two elements of visual and audio could not be more perfectly matched.

The lyrics are meaningful and beautiful alongside beautifully incorporated strings. I’m a huge sucker for strings in any kind of song (a violin player for eleven years never really lets go…) so I was hooked from the beginning.

She sold her love to a modern man

‘Cos solid currency’s the hardest to love..”

Broken Bells – The Ghost Inside