Micky Blue’s “Good Love” is a track that’s all about shedding negativity from a fucked up situation and emerging with a smile on your face. It’s easier said than done, but carrying resentments does our bodies and minds no good. There’s only so much mental baggage that can sit in our conscious and unconscious minds before it saps the finite amount of energy we carry until we’re sluggish and paralyzed with anxiety and depressive periods. One way to approach shedding that baggage is to view all situations without a positive or negative lens – rather than being good or bad, they just simply are. You can truly grow from examining a harmful situation in your past when you set aside internal biases and devise a strategy for the future.

Of course this leads to a freeing experience that feels good, and there’s nothing wrong with that. “Good Love” is a perfect example of the triumph you’ll feel once you step away from the past and toward the future, especially when the past wrongs were courtesy of a romantic interest…and while you might not have Micky Blue’s stunning, melodic vocals and ear for a massive hook, you’ll feel just as good! Now get out there, get to examining your life with an objective eye, and let “Good Love” be your soundtrack! 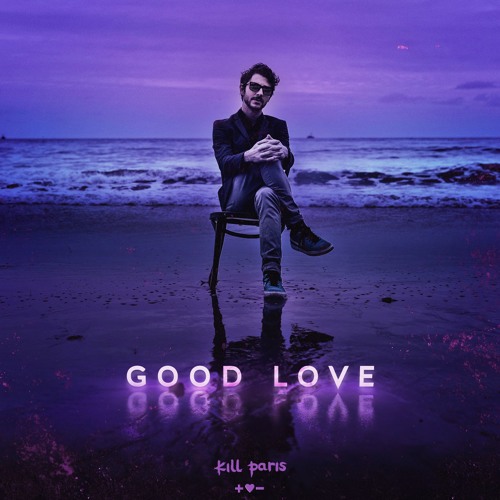 The first time I encountered Kill Paris was during his opening performance for Big Gigantic in early 2013. Amidst all of the one-dimensional trap music that was so prominent at the time, I distinctly remember the melodic qualities of his set blowing most other sets I’d seen around then out of the water (not to say I wasn’t also embarrassingly fucked up, trap arming away to clunky remixes of Flocka hits). With that being said, the producer is still managing to stay a step ahead of his contemporaries over four year laters as seen on “Good Love.”

An uplifting production with hi-hats frantically clattering alongside an ebbing-and-flowing synth, he delivers the excitement of electronic trap with a tastefulness that’s found in what “Good Love” lacks, that being absolute excess. Every sound and structure throughout the track feels satisfyingly methodical, not in the sense of sounding hollow or artificial, but as if Paris has such an intricate understanding of exactly what works in his sonic domain. That’s likely the reason for Paris’ longevity four long years after I saw him at the Tabernacle in Atlanta, and in turn, why his success will continue for the foreseeable future.