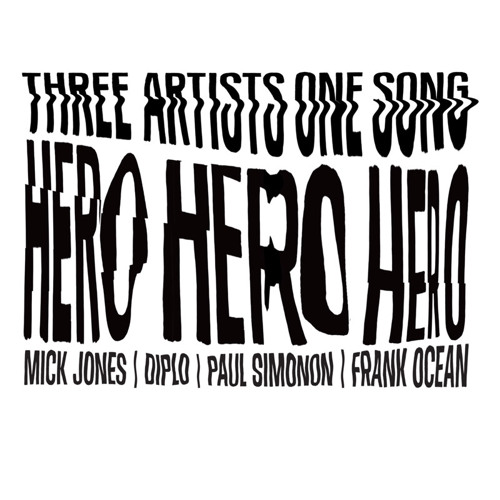 December 7th, 2008, I was 24 years old living at 1 River Place with my friend Nick, steps from the Hudson river in Manhattan. At the time I was producing a lot of music, in fact that’s all I was doing. That Sunday morning my mind was racing a million miles a minute as usual and the topic of the day was all the great music I was hearing while partying in Brooklyn or with a girl in the West Village or just all the scenes I was in and out of at the moment. I would go to my friends Uptown and they didn’t have a clue what I was talking about, I would go to my friends Downtown and they were no more savvy. Mind you this before streaming music services and all the discovery tools that are common place now. To give you perspective Spotify was announced exactly 3 months earlier on October 7th but it would be a long time before anyone actually started using it. This is before clubs uptown played Dance music etc.

Anyways, I get riled up over things like that man. There were people out there experiencing great things while other weren’t, that shit hit me like a rock. It was an injustice in my mind and I wanted to do something about it. I wanted to level the playing field and so later that day I said fuck it, I’ll start a website to share all the things I get to see in my lucky ass life. I’m big on freedom man, I’m sure all of you have noticed the youthful, rebellious and libertarian undertones of our writing and that’s no coincidence, those values are built-in. “My flag is American…”

The name – Et Musique Pour Tous (And Music For All) is a play on the the last four words of the Pledge of Allegiance – “one Nation under God, indivisible, with liberty and justice for all.” Musical justice for all, that’s our goddam DNA. Space Age Bachelor Pad Music represents our futuristic interpretation of the world and our rebellion against the matrix but never get it twisted, we’re modernist with deep roots in timeless values.

I turned 30 last week man, wow. I was in Austin for it, cruising up and down Lake Austin with some heavy folks you never heard of. As we rode by the Lakefront mansions sipping champagne and puffing paper planes I had the same feeling in my gut I had that Sunday morning, the need to create something bigger than myself. EMPT continues to be awesome but to be honest it should be more at this point. A person like me needs the right teammates, I need ideas executed while I focus on the big picture. My mind races, that’s just who I am and while I can do a lot, I can’t do it all. Elon Musk thought up the plans for Hyper Loop and because he’s so busy changing the world with Testla & Space X asked others to realize them. I want to have ideas that big, I have ideas that big but I need help. To be honest I haven’t played it right, I haven’t put the right leaders in place and because of that I haven’t been the best leader. You spend too much time around the wrong people, around phonies that don’t run and you start to doubt yourself. At some point you realize you have to be Lebron, go where you can get real help, not just where they want you. That’s a crucial difference for those on the path.

Here I am though, 30. I’m hard on myself because I’m swinging for the fences but I have a lot to be proud of man. I started this thing with nothing! I mean nothing man and nobody helped me till way after it was going. I’m a hard man to please though and I haven’t been happy as of late, that’s just being real with you. Sometimes people see folks like us and want us contained, a piece of art in their private collection, keep us in a controlled environment, in mental cuffs but I’m not a damn lawyer, like all the models say I ain’t no wifey! You know what I am?

Me, I’m a creator, thrill is to make it up
The rules I break got me a place up on the radar…”

That’s how I got on the damn map and that’s how I’m going to stay there. I’m 30 man so now we run harder than ever. Now I don’t listen anymore, now I trust my gut, I break rules and surround myself with unique thinkers. To all those who believe in me this is what I need from you –

I need you to be clever, Bean. I need you to think of solutions to problems we haven’t seen yet. I want you to try things that no one has ever tried because they’re absolutely stupid. – Enders Game

From now on I only follow fearless, beautiful expression. I create, I never have and will NEVER follow the set path, I’ll literally imagine it and make it up like I always have. Now we ditch the fakes, phonies & wannabes. All the kids that came to EMPT to run, here we go…