PLVTINUM’s new single is a visceral, r&b flavored take on late-night hookups that provides enough mental imagery for a short film. The opening line, “Cracks in your phone screen, touch yourself while you text me,” gives the song an unmistakable sense of place within the 21st century – this isn’t just a general hookup, it’s happening now. PLVTINUM’s cadence brings a pure, unadulterated swagger to the storytelling as he hits all the right pockets of the production with ease. He sounds so effortlessly cool that it makes you want to live out a similar story, even when he hits the natural conclusion of many hook-ups: “you’re catching feelings so I’m hanging up on you.”

Can we also talk about the single artwork for “hung up on u”? It’s gloriously seedy imagery that looks like it was ripped out the back of a local alternative mag in the ’90s. It also reminds me of the neon-lit strip club signs that overwhelm the senses while driving down Sunset – the flashing lights are impossible to look away from as they run through a cycle that’s likely been on a loop for decades. Strip clubs, late-night hookups, they’re all timeless institutions that have weathered the storms of change. “hung up on u” might be a product of the 21st century, but it has roots that could establish it as timeless too. 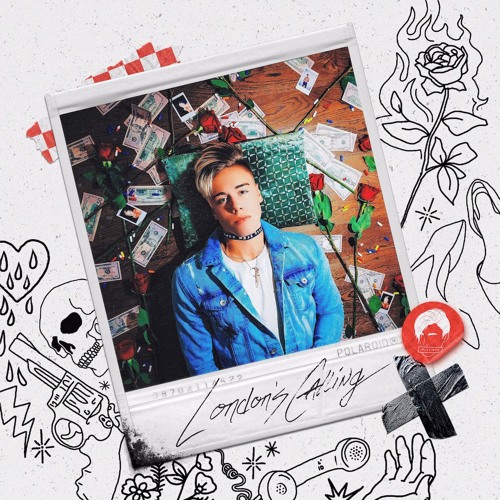