Today is a bittersweet story as it is with both sadness and joy that I present to you the 2011 conclusion to Ryan Radlers wonderful mixtape series, anti-winter 3 c. Week after week Ryan has given summer luxurious and comprehensive soundtrack setting a unique vibe for all our estival activities – Dear anti-winter, we’ll miss you.

When I use to perform classical music under the tutelage of the the late great Dr. Walter Turnbull we learned that clapping in between movements or grand pauses is inappropriate. That always fascinated me because Dr. T was an incredible teacher and got us sing classics like Cantata 191 with mind blowing passion, I’ve personally never connected with music more then when I use to sing under him, and I’ve definitely never heard classical music sound anywhere close to that good. When we would finish the audience would instantly forget the etiquette and start clapping before they realized what they were doing. The point is that getting into clap mode takes you away from the piece and the experience the composer was trying to create. In the age of skip everything and immediate satisfaction music is rarely given the time to develop and seduce and I think we’re deprived because of it.

Anyways, though they have little in common, Ryans work made me think of those performances because his tapes have the same beautiful structure and movement. I highly recommend just pressing play and allow yourself to be entertained. Sure you could skip around but it’s just sooo much better to sit back and let it breath, develop, settle, build back up and take you on a journey. Anti-winter 3C is yet another fantastic effort and we’re delighted to bring it to you, enjoy.

So I’ve been stuck in the Dominican Republic since my gig on Saturday thanks to the ultra hyped junior hurricane Irene. The irony of being stuck in the Caribbean because of a hurricane in New York of all places is pretty funny but it’s beautiful down here so I’m not complaining. Saturday at Praia down here was sick, the ShaveUrLegz.com did it up with the promotion and the place was packed and bumpin’ all night. I’ve said it before and I’ll say it again, these guys are doing something fantastic for Dominican culture and I couldn’t feel more privileged be a part of it. There will be a lot more going on between us so stay tuned for the exciting future developments.

In case you didn’t notice, I didn’t get around to posting much this weekend, the island sun was calling me and I had no choice but to listen. However, the show much go on and today we have yet another exclusive release from the main man Ryan Radler. I’ve been partying nonstop since I got here and now I’m finally poolside in my hotel with this tape in the background and the vibe is sublime. As you can see from this website, I’m not into musical monogamy, I listen to EVERYTHING, including country and that’s one of the reasons I love these tapes so much. Ryan wonderfully balances the chilled out summer theme but is never restricted to any particular style of genre. For the musically promiscuous like myself a wonderful treat. Anyways, you guys already know this by now so I’m going to go continue enjoying DR, won’t be back for at least another two weeks so I have to make it last. Enjoy. 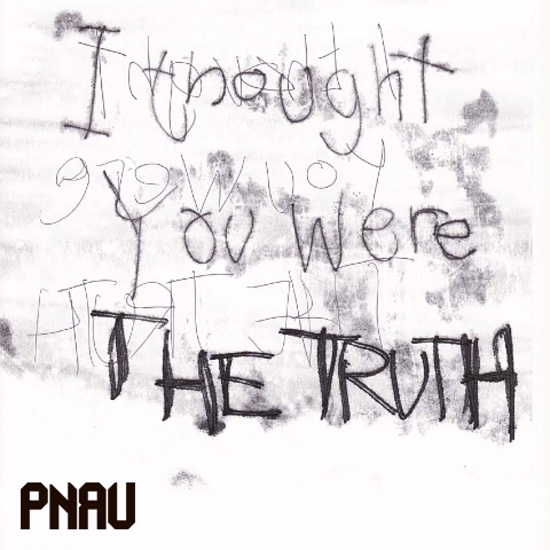 Ok so Nick Littlemore and Pete Mayes aka Pnau is back with a new single called The Truth and it’s pretty damn good. The version that everyone is listening to is a remix by Jump Jump Dance Dance and it’s pretty good but the version I’ve been stuck on is the Sam La More Remix and it’s a dream. Sam Littlemore made this bittersweet love song an epic 4am banger. When EMPT was doing our Noctambule parties at Le Souk we had a bunch of kids that literally wouldn’t stop dancing till we took the needles off our records. 3 am would come around, some of the room would clear out but these cats were just getting started. That’s when we would bring out those big beats custom made for that breed of party people. Those are the records with epic arrangements, dramatic build ups, sudden stops, and pretty much orgasmic climaxes. I don’t this remix quite fits that description but the arrangement certainly reminds me of those summer nights. Alright, I really could say a bunch more about this song but I’ve got some meetings and hustling to take care of so peace fools, enjoy.

I thought your were the truth…”

Last night I had a dream, thoughts was racin through my head
Felt so real to me,Â This is what was said…”Â – Jay-Z (The Blueprint 2, A Dream)

The concept of control is a funny thing mainly because we never really have it. Coincidentally, I’m a strong fond believer in creating your own destiny in all aspects of life. Be it love, your career, you name it, taking creativity into your own hands in turn implies an aspect of control. I also believe that when you get to a certain point of wisdom and understand the limitless nature of things, you can truly get anything you want. However, last night I had the most realistic and intense dream about a feeling I could have sworn was long gone, or should I say under control…

That’s my mentality right now and let’s just say that the emotions involved with such a mind state are far from chick flick material. Though it’s 2010 and genders are blurring more then ever I’m still one of those boys that like’s boys stuff. I enjoy disturbingly violent movies, ninjas, James Bond, I don’t like to fight but if it were to happen I would probably have fun doing so and I like girls, girls, girls, the way MÃ¶tley CrÃ¼e would sing it.

I knew a time was gone and it took me like ages
Just to understand that I was afraid to be a simple guy.” – Phoenix (Too Young)

Still my dream last night was about the one PYT who sometimes makes me think otherwise and it was refreshing to feel something that I had no control over. So as much as my warpath requires planning, emotional control and fearless pursuit of the things I want, it’s nice to know the feeling is out there somewhere. That said, as the dream’s effect still lingers, here’s Breakbot’s Remix of Pnau’sÂ Baby, the perfect song to describe this paradox as well as that endless, helpless love you can share with someone.

Baby I don’t know, just why I love you so. Maybe it’s just the way, that god made me this day.” 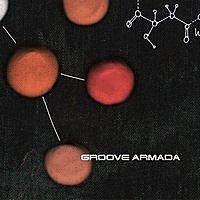 END_OF_DOCUMENT_TOKEN_TO_BE_REPLACED

New month – new Le Miel du Mois mixtape on EMPT. I would write more but it’s Saturday and I need to back out in the sun asap, enjoy.

Le Miel du Mois:Â Aout:Â  Last month, one of the fans of the monthly mix, “kiki,” commented on how Le Miel du Mois: Juillet makes her feel: “like dancing around the edge of a pool late night with a drink and a cigarette and oversized t-shirts and sometimes getting pushed in and you never remember the photos that get taken but you laugh the whole time,” Le Miel du Mois: Aout, aims to invoke the same exact feeling, but with a few minor alterations: sans pants, and add in flashing, flashing, lights lights lightssss.”

Will French disco house ever get old? I donâ€™t think so. Besides Don Diablo, I donâ€™t many other producers with as many high quality remixes as 33 year old bass player turned producer, Fred Falke. Notice I said high quality, I know there are producers who release something new every two days but weâ€™re talking about mixes that can last, that are many times more engaging andÂ fulfillingÂ than their original counterparts. Anyways, Falke is French and looks more like a member of a jam band than house producer (which should explain the picture of Little Boots). His sound isÂ infectious, uptempo yet never overbearing. Think of it as the perfect background music for your bachelor pad dinner parties. He did some of his most notable non-remix work fellow French co-producerÂ Alain QuÃªme, also known as Alan Braxe, a key figure in the French Electro scene.Â Together the duo produced what some would describe as very tasteful and glamorous dance music – check out Bliss. Sadly, the two have recently parted ways but continue to make great music. Hereâ€™s are some EMPT favorites. Enjoy.