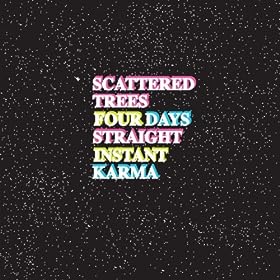 This end of the month has never been more insane in my entire life. I’ve never felt so overwhelmed, happy, confused, and emotional all at once. Regardless, without the end of the month, I would not have discovered these three new artists. Scattered Trees, Rubblebucket, and Caveman are all playing shows in the middle of August in New York City/Brooklyn, and I cannot be more excited. The truth is that while all of these bands have different sounds, they all kind of carry a similar chillwave vibe. I cannot think of a better way to end July than with a cool beverage in hand, some outdoor speakers, and this song playing.

If you can, check out Rubblebucket, Scattered Trees, and/or Caveman in the upcoming month. August will be a tremendous month, music wise. So much good music to squeeze in before summer starts to end, and I have faith that we’ll be hearing some of the best during this time. I’ve also just remembered that Mercury goes into retrograde tomorrow. So there’s that. Terrifying, but also totally a reason to be spontaneous and tap into some new music that you may not have necessarily listened to before. I’ve found that music has been the only thing constant in my life while I’ve had several nervous breakdowns and such in the past week over finding a new apartment to move into. And you know what? It’s not really worth it. Because when it comes down to it all, everyone who is looking for an apartment will find an apartment. It’s incredible how powerful one’s mind can be in this period of time though, completely taking control with negativity.

Listen. Reflect. React. And be cool, that’s all we can do right now.