We all have our reliable remixers.  They are dependable sonic architects who let their identity shine through by putting their own two-cents in on someone else’s idea.  And there’s nothing wrong with that, but some people are more traditionalist, and banish the idea of modifying an original piece of art. To those I say these days we are in the midst of an undeniable remix culture.  Hell, there are even non-profit companies that support, even endorse, the remix culture, like Creative Commons.  The benefit that us listeners reap is producers’ techniques getting better, therefore raising the standards of a rock-solid remix.

Now a lot of these producers, in this case Shazam, all had to start somewhere.  In Shazam‘s case, he came onto the mainstream EDM scene in the spring of 2009, with his bouncy, aptly named summer jam Pool Party 2009.  Since then he’s put is magic touch on artists like Empire of the Sun and Miami Horror.  Now he’s got his hands on Dutch producer Sander Kleinenberg‘s disco-house banger The Healer, and knew exactly what to do with it to give it straight up cosmic boogie.  Do you hear those guitar licks? They tantalize the listener, in the way that they are only intermittently used.

If you’ve got a fever, I’d hold off on the cowbell for now.  Instead, take two doses of this remedial disco-boogie remix and call me in the morning.

Less is almost always more. The less you do something, the more you cherish it. The less you see someone, the more exciting that next encounter becomes.  And so forth. When you do anything in excess, its affect dwindles or, even worse, becomes cloying. If you’ve got a habitual vice, try going a day, a week, or a month without a puff of Mary Jane or a drink, and you’ll see what I’m talking about. Likewise, the less you listen to an artist (or the less they pop up on your radar), the doper they sound when your ears again find them.

Look at Bob Dylan, who just released his 69th album that most people won’t even bother listening to. And then look at Daft Punk, who could announce a tour this second (which actually appears imminent, by the way) and have it sell out faster than Coachella. There is simply a fine line between balance and overload. There’s a ton of musicians that flood social media channels and upload what can feel like a remix every day. It’s great, but it’s also overwhelming. Being prolific is certainly a tall and definitely a respectable accomplishment.

But to a certain degree you’ve got to always maintain an edge and keep your audience wanting more. This brings me to the mirage of a producer, Shazam. I really don’t know much about the guy, only that he’s delivered some extremely funky and well-thought out productions at a very relaxed pace. After not hearing (or discovering) anything new in over a year, he comes back on the radar with a bang, delivering not one, but two remixes that do not disappoint. You’ll definitely want more. 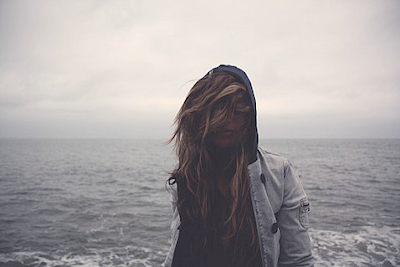 Someone wrote on our wall yesterday:

Aside from being an amazing idea which I’m definitely going to take into consideration it inspired todays post and possibly one of the songs that will make to that LP. If we had a soundtrack it would be inspired by our jet-setting, beach culture, P.Y.T.’s, our bachelor pads, topsiders, pool parties, palm trees, outdoor seating at restaurants, summer vacations, planes, yachts, helicopters, P.Y.T.’s and NYC nightlife. When I read that wall post the first song that came to mind was Shazam’s Luckier. Shazam, the young producer from Perth, Australia was 17 when he produced this and has been on the fast track ever since. This by far my favorite but his other stuff is pretty solid and makes for great pool side music. For all of you at work right press play on this and make these last hours of the work week a better experience, enjoy.

You gotta puff a J on this one…”