This just got leaked and as you can see Dre isn’t too happy about it. The song itself is just another song about weed and usually that doesn’t do much for me but when it comes to Dre and Snoop it somehow connects. What’s most impressive about this track though is the beat because  it bangs harder than almost anything I’ve heard in a while.

“It got leaked, and it was a version of it that I wasn’t really happy about, but we’re gonna go ahead and push it and put it out, since everybody seems to like it. It’s about weed smoking, and I didn’t want people to think that’s what my album was about. This is actually the only type of song with that type of content on it.”

My friend said it sounds like Timbo drums with the Doctor’s feel but I think what we’re hearing is Dre 2010 and since this is supposedly not even finished I can only imagine how ridiculous this is going to sound as a finished product. Initially the song starts off like any other typical radio fair but it turns absolutely rough and rugged and you feel like you just went back to the future or like Dre studied the shit out of the future and took it back. Impressive and pure fire. This will be in every single club and bar within the next two days guaranteed, enjoy.

Dr. Dre’s production used to be more sample heavy in the 90’s compared to his recent work. Â Nowadays he is more likely to have studio musicians replay samples, giving him more flexibility for arranging the elements. Â Although he may not be known as a “sample” producer, Dre has indeed dug up countless amounts of dusty records and crafted them into hits, dating back to his NWA days. Â Unlike a lot of other producers, Dre seems to elevate his samples to a new level … he makes them sound “now” … and big (huge actually).

When I accidentally came across David McCallum’s “The Edge” years ago, my ears went into high alert. Turns out McCallum is better known for his acting as a star in the 1960’s television seriesÂ The Man From U.N.C.L.E.Â and also as a key character in the current dramaÂ NCIS. Â Also a classically trained musician, McCallum teamed up with producer David Axelrod and put out a total of four studio albums in the 1960’s on Capitol records. Â His best known musical work to date is “The Edge,” this being due to its use by Dr. Dre, who turned it into the smash hit “The Next Episode.” Â For the intro to the song, and in between verses, he used a sped up rendition of the opening 2 bars, attached with the 2 bars that come in at 0:21. The main riff for the song is heard at the 0:05 mark, and that makes up the verse. Â The result – one of the greatest hip hop party records of all time.

Get professional testking mcp training to pass real exam on time. Enjoy the 100% success with testking 642-812 dumps and testking 70-640 tutorials.

Before hearing this I thought Ben Folds was the very antithesis of gangster, but a few years after graduating college I’ve finally learned the lesson my Liberal Studies 1 professor was trying to drill that whole semester, all is truly one.

B*****s Ain’t S*** is the tragic love story of a young Snoop Dogg who comes home to his girlfriend after 6 months of jail only to find out that the love of his life, his Mona Lisa, his Juliet or “main squeeze” was sleeping with his cousin Daz and doing all sorts of trickery. This is the one of the most beautiful renditions of what is probably the hardest love song ever made, enjoy.

P.S. If you’re not familiar with the original it is a bonus track on Dr. Dre’s classic 1992 freshmen effort The Chronic. 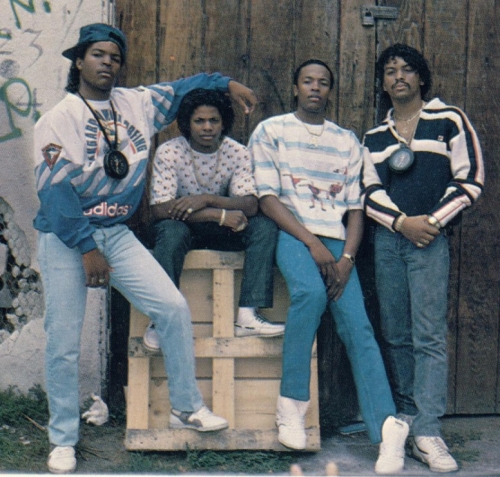 When Jimmy Iovine (Chairman of Interscope) signed Dr. Dre he said he knew nothing about rap music, in fact heÂ didnâ€™t like it. Yet he was so taken by Dreâ€™s production and sound quality that he couldnâ€™t pass it up.

â€œLet Me Rideâ€ is off of Dreâ€™s 1992 LP â€œThe Chronicâ€, produced during his G-Funk era, it has funky bass line & great drum groove. Turn it up.