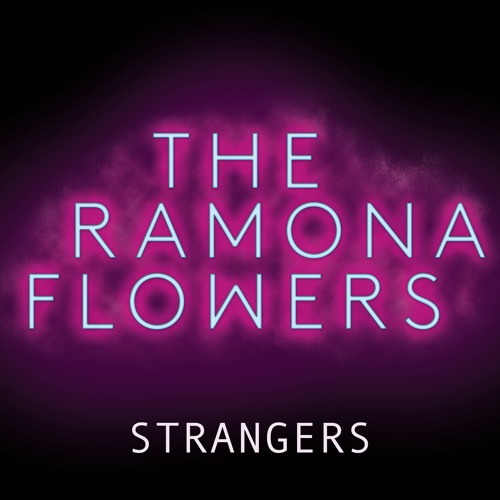 My love of a good ’80s influenced track is well documented – for god’s sake, I have Duran Duran’s Rio artwork permanently etched into my skin! Combine that love with a good Scott Pilgrim reference and you’ve got yourself a recipe for infatuation at first sight. Thus, it’s no surprise I find myself repeatedly spinning this new single from The Ramona Flowers. It’s called “Strangers” and it’s a funky, groovy, new wave influenced cut that feels like the 21st century soundtrack to an OutRun reboot. Palm trees are abound, neon lights streak across the sky like shooting stars, and the top on the car goes down to soak in the ocean air.

Let’s also talk about how “Forget about forever, let’s just be strangers” has to be the lyrical gold standard for a song of this style. Instead of everlasting love, it’s a testament to fleeting euphoria, the thrill of the chase also well documented during the track’s vocoder-soaked verses. Here’s to finding that temporary companion in a hazy room, walking outside into the darkness, and jetting off for a passion filled night that’ll only last a moment but feel like eternity.