Metal Mother is part of the “Post Primal Collective,” a bay area group of artists who seem intent on exploring every fucked up and awesome corner of the human consciousness. Their output doesn’t seem aimed at making it big at all, and rather at collaborating and performing for arts sake. I can only imagine what one of their parties would be like.

As a generation of jobless intellectuals and artists collide with the reality of urban rent, I expect many such experimental collectives to gain prominence in the coming years. Thank god. Often, these groups produce the most cutting edge work and truly drive cultural narritaves without meaning to. They are wellsprings of inspiration, affecting every person who stumbles across their work. Whether you like Japanese wood block-style S&M portraits or not, they’re likely to stick in your brain for a while.

I feel the same way about “Mind_Off.” Nothing groundbreaking here, but rather an extension on a theme, a successor to Fever Ray in some ways. This song finds its way to the back of your brain, and flickers to life as the lights dim, its haunting drums leading you into a darker dream than you may have expected. 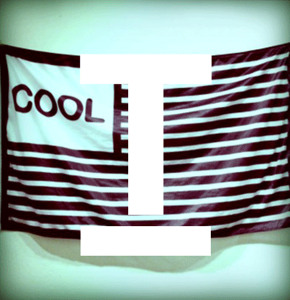 The intro is a tender, tense build filled with tribal percussion that send me to the Amazon. The vocals come in smoothly, showing restraint. This voice clearly wants to scream and shout. It’s filled with angst and ambition, shattered dreams and an experienced soul. It’s been searching for GOLD and it’s found…plastic. The voice wants to shout, shout, let it all out. And I’m singing along in my car, not at all caring who’s watching.

Fool’s Gold. The American Dream. The Sorcerer’s Stone. Everybody’s looking for something.

It’s hard to believe that what we tell ourselves “should” happen to us will one day actually happen to us. We can’t count on that. We can count on some very beautiful things awaiting us in the morning. Maybe the moons shining. Maybe the skies crying. Maybe we do catch lightning in a bottle?

TEACHERS plasters these truths in under 3 minutes and less than 50 words. It’s glorious. It’s deep. It’s an anthem. It’s something we can count on day in and day out: great fucking music.

So put your mask on and pull the chooooord.