Here’s to a happy Sunday. I’m riding this metaphorical high right now in so many different ways, especially after seeing The Black Keys & TV On The Radio last night. Both are major favorites of mine and I am pretty sure what I experienced yesterday was one of those lifetime memories. Sometimes you just need to push your way to the front of an audience and fight off the crazies so that you can experience exactly the close-up and personal music of people you adore. And to do that at a music festival where hundreds of others are trying to do the same exact thing, is both frightening and incredible.

I arrived back in Brooklyn at around 1am last night feeling as if I could fly. The rain had stopped, I was eating a burrito, and totally in bliss. A natural high, that only seemed to continue when I woke up this morning and played this song. The title is a total coincidence, but I immediately thought about how awesome it is when a song gives you a natural high. Our emotions are constantly in motion, and it’s usually out of our control. When a song comes on that is capable of continuing a good feeling, it’s bliss. It’s especially so when we don’t know what the song is capable of.

That is precisely what happens here.

Chrome Sparks does something really special with his music, and particularly with this song. The  static bass synth line provides a solid foundation for a sexy track, paired with screwed vocals and a plethora of ethereal sounds that enter and exit the body of this fantasy-filled track throughout the all too short 2 minutes and 59 seconds.

Enjoy the day, get out in the sun whenever you see it shine through the window as it decides to come and go this week, and turn this one up for complete relaxation and enjoyment.

I’ve been out of circulation for the past week, and now I’ve returned to the reality that is my computer and parent’s home. I’m here for a couple of days just to bask in the warmth that is my hometown neighborhood, and I must say that there’s nothing better. While I will be ready to return to Manhattan in a couple of days, I am so happy to be blasting TV On The Radio constantly for all within a half mile distance to hear. It’s loud, punky, and totally kosher in my books. I’m just trying to spread the love.

The reality is that I’ve developed a long-lasting, long-term relationship with TV On The Radio. We’ve been through a lot together, and even though I’m a recent fan, I can probably say that they will stick around for me. There have only been a few other artists that can safely achieve that status in my books, including Andrew Bird, Beyonce, Fatboy Slim, and Regina Spektor. It’s an eclectic group that includes many other names that I won’t list right now, but they’re the only music that remain constant in my life. As someone who is always looking for the best new sounds and musical language, it’s comforting to know that there are a few musical stables in my life.

TV On The Radio has done a remarkable job of returning from their two year hiatus to provide us with awesome tuneage, which I thank them for. If I were to meet them, I’d probably be speechless, like many. Not because I’d be overwhelmed by their celebrity status, but because what I’d really want to ask them, is whether or not the lyrics actually ring true to their lives. Having lyrics that speak just as loud as the music itself is something I’ve always admired and I think it’s a musician’s most important, and difficult, job. If you can successfully speak in two different languages, (music vs. lyrics) in one song, then you are in fact a modern day Mozart. While there are bands that can achieve this, I believe TVOTR has done so seamlessly.

So, I happened upon this fabulous remix of Red Dress by the Glitch Mob. And I must say, that as someone who is a huge electronica nerd and junkie, the Glitch Mob does it for me. Their sound can only be described as modern day psychedlics, to me, and combined with the awesomeness that is TVOTR, I don’t think this track can do any wrong. Maybe it’s because the Glitch Mob just takes it in an entirely different direction. While this technique has proven itself fatal in other situations, it works really well here. It’s not necessarily new and fresh for ya’ll, but it’s totally diggable, and should receive as much attention as possible. You can listen to my favorite version of the original, here, via David Letterman.

TV On The Radio – Red Dress (The Glitch Mob Remix)

And to further woo you:

TV On The Radio Second Song (off Nine Types of Light)

Hot off the press is the new TV on the Radio track, “Will Do” off their upcoming album “Nine Types of Light”. The new album drops in April as I’m sure many have been anxiously awaiting during their 2 year hiatus. Brooklyn based TVOTR, has always had a distinctiveness about their sound which has demanded my attention and several others to their thoroughly produced tracks and ability to exemplify their precision to craft each track into a tour de force. Their sound shapes into a hybrid of several genres which is only a testament to why their prominence was immediately embraced with open arms. “Will Do” instantaneously dragged me back to where their last album, “Dear Science” left off (which still refuses to exit my IPod), without missing a beat. Giddiness engulfed me the second I pressed play and sure enough, I swiftly transcended into their greatness:

“Will Do” has more of a fervent and soulful touch than previous songs which could be an indicator of what’s materializing on their upcoming album. The new track sounds like they’ve maintained their foundation while embracing a new direction, as their maturation will only gleam their potential for what’s to come.﻿ For now, while we all antcipate “Nine Types of Light,” their new track undoubtedly, “Will Do” just fine.

TV On The Radio – Will Do 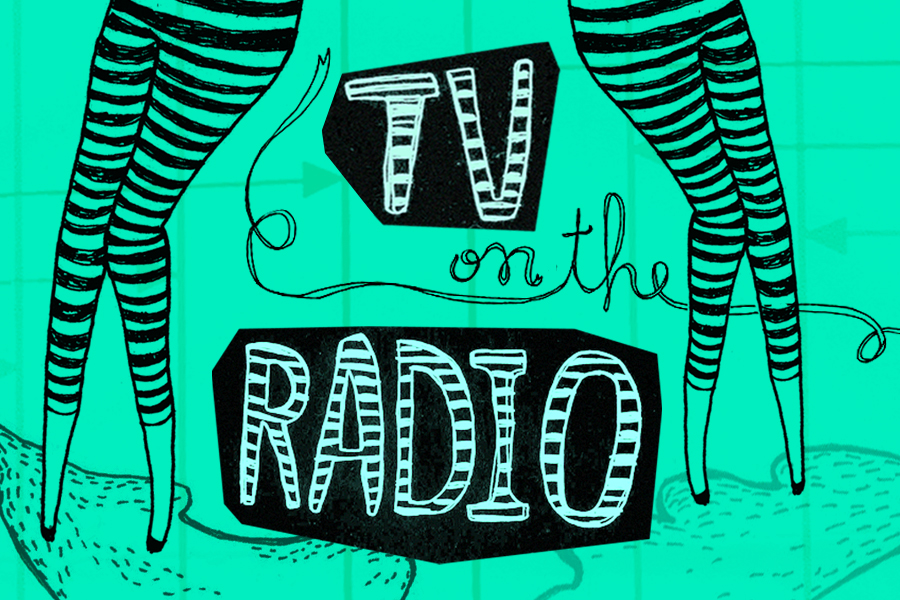 There was a lot of fan backlash when TV On The Radio’s latest album Dear Science was released. People were complaining that the album deviated too much from their previously more experimental, challenging work. All that needs to be said about that is  Family Tree.

This song is about a love that is restrained by one of those dated and ridiculous ideas like you can only marry someone of the same creed, race etc. It blows my mind how people follow these “life templates” and make decisions based on ideals that have nothing to do with their individual needs. Sometimes trying to find our identity through others forces us to be narrow-minded, a practice that will lead to dissatisfaction and problems that can only be solved through perspective.

Anyways, Family Tree is an amazing production from start to finish. The lyrics are incredible and represent a very important subject that shouldn’t be ignored. As many of you know, I am on a crusade against dated thinking and anything that limits our potential and experience so listen to this and free your mind of lameness, enjoy.

TV On The Radio – Family Tree

â€œThe future for us is about making many more records and not getting attached to any certain process of music making. We always want a good challenge. We never want to be locked into any certain genre or whatever.â€

Similar to Bat For Lashesâ€™ Daniel, Telepatheâ€™s So Fine is the more accessible single from an album full of experimentation and avant-garde weirdness. This song, along with a few others on Telepatheâ€™s new album Dance Mother, was produced by TV On The Radioâ€™s Dave Sitek and his influence could be more prevalent.Â  Haunting synths, dark landscapes and supreme creativity all while providing the essential bang bang element. Great video and great track from one of our favorite Brooklyn crews, enjoy.