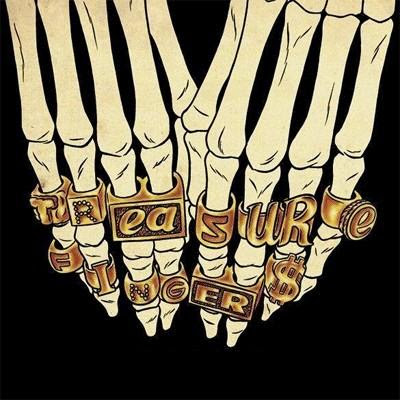 I was at the W Hotel last night for the final installment of their “Symmetry: DJ series” and I have to say, I’ve never been to a more bumping yet smooth low-key event in my life. Treasure FingersÂ DJ’d the event with an eclectic song selection, flawless transitions, and a perfect sense of buildup and crowd interaction. The event is very laid back in nature but Andy was doing such a great job with the tunes that it kinda got to the point when people were looking at each other wondering “is it ok to dance now? ‘Cause I wanna dance.”
I was talking EMPT plans with Jeronimo when a song came on that stopped me mid-sentence. When I say he had a perfect sense of build up, I mean it. Ever read the tipping point? This was it. Being fooled by the idea that I was listening to the original, within a few bars of the song I realized it was actually his own remix of one of my favorite songs of ’08, Empire of the Sun’s Walking On A Dream.

Anyways, thanks to the good folks over at Think PR who do a fantastic job putting this event together, I can’t wait to see what they have in store for next year, enjoy.

Empire Of The Sun – Walking On A Dream (Treasure Fingers Remix)

Ever try to convince a girl to do something by asking directly? You may have had small successes here and there but the strategy is flawed and usually doesn’t work. Girls like to be courted, they like to be romanced, they like mystery, being seduced and made to feel like they’re the one and only. Give her a some sincere fantasy and she’ll pretty much do anything you ask. I myself am just a tad different, I’m a romantic realist so the whole shy and innocent game girls like to play pisses me off more then anything. But where I do need to be seduced and romanced is in all matters music, or any art for that matter. There is no greater turn off for me like an artist that speaks in absolutes or gives instructions of any kind, i.e. faux revolutionary rappers and corny hope songs. When it comes to lyrics I’m trying to dream, escape and come to my own conclusions. Perhaps this is why the extremely ambiguous and vague writing style of Empire Of The Sun is the equivalent of a very hot chick for me – don’t be fooled, my game is mental.

Standing on the shore,
Waiting for the ship to call.
There’s something in the way I move that keeps them on their own.”

I have no idea what these lyrics mean but I’ll just go ahead and pretend they’re talking about something extremely relevant to my life – the beauty of a vivid imagination. Some people would rather simpler easier lyrics like:

Thankfully that doesn’t do much for me but to each his own, here’s Standing On The Shore, enjoy.

Empire Of The Sun – Standing On The Shore