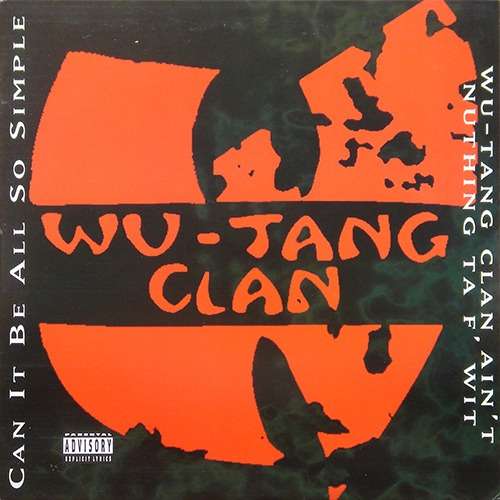 My thoughts must be relaxed, be able to maintain, cause times have changed and life is strange…”

I recently had a conversation with a friend of mine about how this next year really has the potential to be a big one for us. We got that awkward first year as a post grad under our belts and are beginning to learn the ways of the world and are prepped to blaze a path of our own. It’s crazy to think that this could be a “make or break” year for me considering that I am still so young and still have so much to learn and experience, but that’s how I am approaching it. I’ve been learning that it’s up to me to take advantage of every opportunity that comes my way, and even though I have a strong belief that everything works out in the end, not a damn thing is gonna work out if I don’t get out there and work for it.

I wanna have me a phat yacht, and enough land to grow my own cess crops. But for now it’s just a big dream, cause I find myself in the place where I’m last seen…”

It’s tough not to get excited about the future, especially when everything is starting to look up, so I have to constantly remind myself to stay grounded and focus on the present. I often let my mind drift with daydreams of grandeur, that I occasionally lose sight of what’s going on in my life at this very moment. I’m so lucky and feel so blessed to be surrounded by the people I associate myself with and work with that I have to remember to embrace the present while building towards the future. I know that I want everything so bad and as fast as possible that I forget how much hard work it takes to get the top. Fortunately, everyone I know works their ass off at what they do, and I constantly draw inspiration and humility from them and force myself to work harder and smarter for everything I’ve always wanted. It can be a slow process to get where you want to be in life, but I’d rather grind hard myself and reap the benefits than have everything handed to me on a silver platter. This has always been one of my favorite Wu joints, Ghostface’s verse is arguably my favorite of all time. I have always loved that raw emotion in hip-hop and no one brings it realer than Ghost. I frequently go back to this track whenever I’m in need of inspiration or need to refocus on my life.

Wu-Tang Clan – Can It Be All So Simple

I can’t think of two many pairs of rappers that mesh on a track like Raekwon and Ghostface (um, Outkast maybe? M-O-B-B?).  If you take their verses off 36 Chambers it’s definitely not the same project, especially when it comes to tracks that they hold down together like “Can It All Be So Simple”. The Hype Williams video is as grimey as the lyrics in the song, giving a great visual for the record. “Can It All Be So Simple” was amongst the group of songs on my Rap Mix tape that lived in my walkman throughout my entire 6th grade school year.  In my opinion The Chef is the MVP of the album, providing hundreds of classic lines for us to recite the last 15+ years.  He gave the world a vivid look into the reality of life in a New York City ghetto in the 1980’s…

Yeah, my pops was a fiend since sixteen.  Shootin’ that (that’s that shit!) in his blood stream. That’s the life of a crimey, real live crimey. If niggas know the half is behind me…“

Not too much to be said about what Rza’s production has meant to the game that I haven’t already mentioned on a Sample Saturday post.  No one has proved to be better at combining samples from different sources, this case being another great example.  Source #1 is Gladys Knight & The Pips’ “The Way We Were” which is used for the quote in the intro, and also the chop from 1:08 that makes up the hook and title of the record.  The Gladys sample is combined with a loop from Labi Siffre’s “I Got The”, who’s familiar opening bars are from Jay-Z’s “Streets Are Watching”.  For the Wu record, RZA takes the drum and bass loop from the 2:10 mark, and somehow combines it seamlessly with the Gladys chop.  By 2012 I predict I analyze every track from 36 Chambers on a Sample Saturday. Hey, why not.

Gladys Knight & The Pips – The Way We Were

Labi Siffre – I Got The

Wu Tang Clan – Can It All Be So Simple

I’m leaving Riverplace today and moving down to Tribeca so I don’t really have time to post but I had to squeeze one in real quick. This mashup album was released earlier this year by a dude named Tom Caruana and it rocks. Made up of Beatles samples and covers, he somehow manages to accurately capture a Wu-Tang Killer Bees sound with Liverpool’s finest, and a little to no compromise. Â As time goes by and hip hop continues on its pop ridden path it becomes more and more apparent just how impressive Wu-Tang was during those first years as a crew. I mean the production style and lyrical prowess of some of the members is some of the most advanced art I’ve heard till this day. This topic deserves more attention than I can give it today so I’ll just leave it there but I’ll be revisiting it soon. In the meantime enjoy the fantastic mashups.

RZAâ€™s production onÂ 36 Chambers changed the direction of New York hip hop, and my future in music. Â Iâ€™ve been listening to the album consistently since it came out in 1993, which is over half my life. Kind of crazy to think of it that way. Â Snippets from martial arts movies and haunting soul samples create quite the sound-scape. Â The gritty mixes and distorted drums can be largely attributed to the style (and lack) of equipment RZA used, which defines the album.

â€œC.R.E.A.M.â€ was the most successful of the singles onÂ 36 Chambers, making it into the Billboard Top 100, which was a huge accomplishment considering it was a brand new sound. Â â€As Long as I Got Youâ€ by The Charmels is one of those samples you wished you found first â€“ but would never have flipped it like RZA. Â He starts off with the loop taken from 0:20, then goes back and uses the 0:16 chop a few times. Â Then comes the (1) drums, (2) the opening bars of the sample, and (3) â€œI grew up on the crime side, the New York time sideâ€¦â€ â€“ certified classic moment in Hip Hop history.

The Charmels – As Long As I’ve Got You

Musically there have been a few defining moments in my life, one of them being the first time I was put onto Wu-Tangâ€™sÂ Enter The 36 Chambers. I didnâ€™t understand exactly what it was that I was listening to, but I did know for sure that this was something I wanted to hear more of. Â The gritty beats, lyrics, and overall content of the records were like watching a movie, and I couldnâ€™t look away. I studied every scene, visualizing the whole album in a slightly different way each time through. Â MyÂ 36 Chambers cassette had found a permanent home in my walkman, where it stayed until excessive use led to the tape literally unravelling. I did some serious surgery on it, but to no avail â€¦ so I bought another. I still have that cassette, along with the vinyl and CD to match.

RZAâ€™s performance as producer onÂ 36 Chambers is one for the ages. Â â€Tearzâ€ is actually one of the only records on there for which he used just one sample â€“ Wendy Reneâ€™s â€œAfter Laughter.â€ Â The first 20 seconds of the song provided RZA with a perfect hook, and also a jumpy loop for the verses. Â I like the way RZA chose drums sounds that accompany the sample without overpowering it, which creates the perfect backdrop for the stories him and Ghostface tell in their verses. Â Just another great record on a historic album.

I was talking to my roommate about the death of hip-hop and then I thought to myself, imagine how people who grew during the golden age of Rock & Roll must feel about rock now? But that’s as far as the questioning went, I’ve never been one to care much for this type of conversation, all good things must come to an end to make room for the next good thing, and since there are endless possibilities it’s not worth much trying to hold on. I think it’s more important to create something new using inspiration from the past but just trying to hold on to the past alone can really limit your ability to experience new and exciting things which in the end might actually end up better then what your desperately trying to maintain.

Mark Ronson is one of those quality producers who understands this concept. Constantly blending all sorts of genres, styles and era’s, he creates music that keeps things moving forward while acknoleding the greatestness that’s come before him. I could talk for days about this but as usual Fridays non-stop and I’m finishing this as I walk into my next meeting, enjoy.

Iâ€™ve decided something: Commercial things really do stink. As soon as it becomes commercial for a mass market it really stinks.â€ – Andy Warhol

If Drella was around in the early 90â€™s he would have listened to Wu-Tang. Regardless of genre or even art form, not many artist achieve what Wu-Tang did with their early music. Trying to explain it could be a book.

360 degrees of perfected styles, raw art at its best.