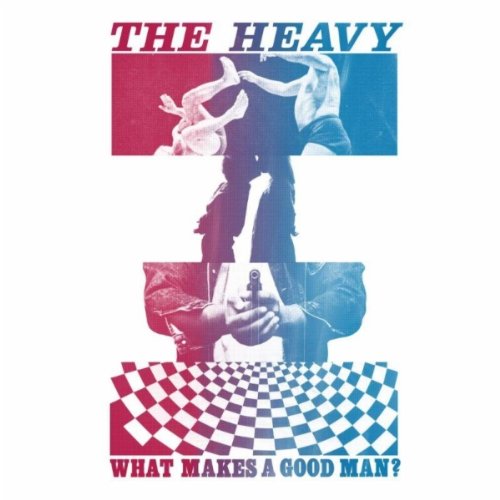 During an intimate performance at The Mercury Lounge on Monday night, The Heavy showcased some serious musical guns of steel for what wound up being a mind-blowing, not to mention meticulous, performance. I know you guys are familiar with the Heavy because they’re an EMPT favorite, but for anyone who’s just tuning in and doesn’t know, my friend (coincidentally named Ashley) said this the other night and I thought it was totally appropriate: “If James Brown, Cee Lo Green and The Black Keys all had a lovechild, it would be The Heavy.” The truth is that their live performance exudes just as much power and energy as you would imagine after listening to their recorded music. Front man, Kelvin Swaby, began the performance in a suave ensemble — suit and bowtie lookin’ real fresh — only to end the show sans suit jacket with an unbuttoned shirt. It’s like his appearance came apart according to how hard he was going in with each song, harder and harder with every bellowing sexy shout. That marks a true performer.

My favorite part of the performance had to be the encore. For some reason the venue was anti-encore I guess, because they almost played in total darkness. The band came back on stage greeted by cheers, but the lights remained off. They began singing, lights still out, and about halfway through the song, the lights came back on. I’m still not sure if that was planned, or if the venue people just gave in to allowing one more song…but it was awesome.

What Makes A Good Man is one of their latest singles, and I love it. I love the energy and the lyrics and how beautifully everything meshes together. No Time is just an all time favorite song off their last album, and it needs to be shared on this scorcher of a day.

Plug in and go go go to somewhere not hot!

The Heavy – What Makes A Good Man

The Heavy – No Time