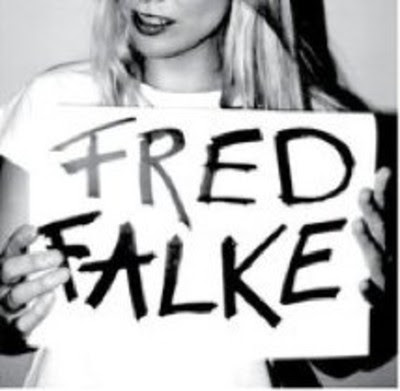 I’m writing this post about Fred Falke because he’s a name that’s become synonymous with the bloggosphere, underground emeralds, and really, what drew me to EMPT in the first place: exquisite music.

I’ve had the luxury of meeting Monsieur Falke on a couple of occasions, and he’s a man of few, but stoic words. In his words, as long as he’s got his bass and is making music, he’s happy.

And that stems from a little known fact: Fred does not use the Internet. This blows my mind, mainly because of how so many artists rely so heavily on staying relevant, all day every day, by saying ridiculous (and often entraining) crap on social media channels. That aint Fred. He stays relevant by locking himself in a studio with Excalibur (his bass) and creating some of the most consistently phenomenal music in the game. He stays relevant by getting on a stage, plugging in his bass, and immersing himself in a set. There’s no fist pumping with Falke in the house: just pure artistry.

Which, in a day and age where the Internet and Ritalin are more prevalent than the “National Anthem” in classrooms, is very rare.

Perhaps some of Fred’s superpowers come from this abstinence? Because he’s still got the funk, and there’s no better example of Fred’s ability to transform the ordinary (or, the meh) to the jam du jour than what he’s done to Lana Del Rey’s “National Anthem.”

Lana Del Rey originals are very scarce in production. They lack a driving bass, or some force to distract you from anything but her voice. If she was Aretha Franklin, that’d be fine. But she’s not. Her voice is, really, far better suited for catchy, electro-pop anthems than empty, bland productions.

And Fred made the otherwise *shruggish* track into a straight jam. The bass-lines are as exquisitely placed as ever, and he even threw in some (YAY) hand claps for a change.

It’s a bit of a deviation from Fred’s more bass-laden, instrumental remixes, as Del Rey’s (actually very dope) lyrics are very much still in the mix–and seem much more genuine and honest than in the original. And damn, does Falke’s sound resonate as always. The track, coupled with RAC’s equally lush interpretation of Del Rey makes you wonder: why didn’t her label commission them to produce the album in the first place?

“Wining and dining, drinking and driving,
Excessive buying, overdosin’, dyin’,
On our drugs and our love,
And our dreams and our rage.
Blurring the lines,
Between real and the fake.
Dark and lonely,
I need somebody to hold me.”

Take some time to exit the Matrix and live in a moment. Go out to dinner and leave your phone in your car. Hell, go a day without the Internet. Unplug, unwind, and see how much smarter–and more in touch with your creativity–you become.

One of the more unheralded but primo Falke remixes, from the vault: