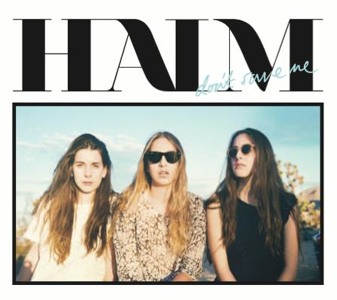 I have my brother to thank for this track. I hate admitting that my taste in music is predictable, because the last thing I ever want to be is predictable. But I think it’s just that an appreciation for solid tunes and positive energy, something with a solid kick and punch, is universally loved. So maybe, just maybe, the universe is predictable. It’s not just me whose knees go weak at the mere hint of a band that channels Stevie Nicks vocally, with an ’80s tinge of drums, right?

Take me back, ta-ta-take me back to the way that I was before…”

I’ve never written here about the subject of “saving” a life or saving anything for the matter. Though it’s a subject I constantly go to in my poetry. After reading a series of stories that were written post Hurricane Katrina, I remembered noticing the obsession with safety. Not only safety, but saving those who were on the brink of death. I don’t need to state the obvious, because I’m sure people feel differently about that notion of saving someone. It’s definitely worth thinking about though. Saving someone’s life is really particular for the person that is doing the actual saving, much less for the person that is being saved. That is not to say that someone who is in the hands of another is not thankful or thinking about it for every moment. I’m saying, that our instinct is to save ourselves. No matter how weak we are, incapable of defending ourselves, taking care of ourselves, we have the instinct to at least try and maintain our own lives. Sometimes it falls out of our hands, in which case, it is in the hands of someone else.

That is a truly terrifying and beautiful thing. I think it has a lot to do with this song, with the subject of love and saviors. As I’ve said in previous posts about remaining present, a conversation that I had last night really set that theory in stone for me. To save something is to assume that you’ll be able to encounter it once again later on, but how about the now? Doesn’t that deserve some of your effort, too?

I think the fact that this song says don’t save me, as opposed to save me really speaks to that idea. Being conscious of the fact that sometimes an act of saving that is done by someone else, is more for that person than it is for you. Your presence will be felt regardless as to whether or not you’re saved. There’s definitely a cool dynamic though, because not being saved is combatted by “take me back” …

These girls have got the right ideas; HAIM are an LA-based sister trio, and this is the second track that they’ve released. So far, everything I’ve heard from them, I’ve liked. We can only hope that they continue to crank out the hard work. This song has come to me at a really important time of my life, one that I will always associate with the now.

HAIM – Don’t Save Me