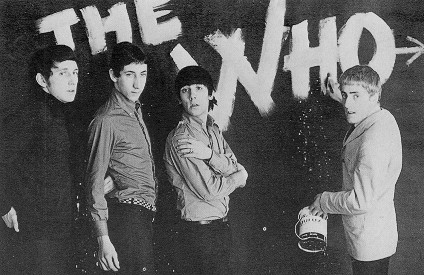 Tommy Effect: noun  (with reference to psychoacoustics) the phenomenon whereby a single and/or multiple sounds within a complex moment or system can have immense effects which remain ubiquitous for the remainder of a lifetime.

The conversation you have with someone about the moment they fell in love with music is passionate. It feels like one of the easiest ways to get personal with someone. There are seldom stories of, “Yeah, I don’t really know. I guess I just always liked them.” Often a conversation had in a foggy room or crowded bar or end of a second date.

Mine, mine was perfect. I remember listening to Elvis Presley on a tape sitting in back of my family’s steel grey minivan on a trip across the country when we moved to America. I listened to it until it broke in my yellow Sony Walkman. I listened to it front and back, a few hundred times or until the black tape started to unravel. It was the only music I cared to know at first. I am sure it was not my mum’s intention when she threw her tape back to me that she would never again see it again, or that it would have such repercussions on me. I loved his voice. I was 8 and that is when I remember first experiencing the Tommy Effect.

Recently, I had a conversation with my boss in London who was talking about how he wanted to start collecting vinyl. For one reason or another, he craved it in his life. He was telling me about his first records he had as a kid and he lit up. Recalling the moment he fell in love with music. “The best relationship you have in your life.” It was like you could see the dusky old room he was clearly back to in his mind littered with classic records strewn about and a fervent boy rushing to put on one after the other eagerly awaiting the next track to fall in love with.

The Tommy Effect, may be a term I created just then, but recognise that everyone reading this or interested in this site has felt it. The literal reference is to Almost Famous. The moment when William gets his sister’s record collection and puts on The Who‘s album, Tommy, and finds a note in it. That’s when you hear that strumming guitar coming in, approximately 20 seconds before you get goose bumps from your reaction to the music. That scene is so personal and accurate, it makes that character instantly become you or your best friend. It’s like watching the perfect first kiss, the perfect beginning to the best relationship we can ever have.

To experience this effect once more, I will quote one of the best music movies of our time and leave you with this.

“Listen to Tommy with a candle burning and you will see your entire future.” –Penny Lane Earlier this week I returned from my mecca in the desert, Coachella. This was my 2nd year attending as the people were beautiful, the weather was blazin, and the music was blissful. With such a loaded lineup, it’s impossible to see every artist you want to catch, as I missed plenty of good acts due to time conflicts or the stage I was at, but here are the sets I was able to catch a good portion of:

If you have the funds or the time to make it next year, I can’t recommend it enough. I set high expectations for the festival each year and the festival  has surpassed them every time. Here is a bunch of video highlights put together by JamBase – Coachella Highlights

Below is a mixtape of songs I enjoyed the most at the festival. Hopefully these tracks can already generate a flashback to those who were there. I’m assuming you’ve heard most of these tracks by now but just in case you haven’t. . .

Empire of the Sun – Standing on the Shore

The Pains of Being Pure at Heart – Belong

Cage the Elephant – Shake Me Down

Kanye West – Can’t Tell Me Nothing Thirty two is far too early. It seems its a rock n’ roll thing to die at a young age, quite often between the decade age span of 25 to 35. As far as music goes, a daunting age is 27. Brian Jones, Jimi Hendrix, and Janis Joplin, amongst several others, all past away age 27. This is what some pop critics call the Forever 27 Club.
On a current note, this morning, actress/model Brittany Murphy passed on to greener pastures. EMPT would like to pay respects to this beautiful PYT, and send our love and pesame to her family and loved ones.
World Party covered David Bowie’s All The Young Dudes for Clueless, in which Brittany’s role is crucial to the epicness of the film. They got the chorus sounding spot on, but their guitar sounds and verses are far from bodacious. So we stand by Bowie and his version. The lyrics of the song touch upon the subject of death at a young age, as well as evoking the parallels of being young in the city or stuck in suburbia. So with no further ado, this goes out to her. May she rest in peace and harmony. Enjoy.

David Bowie – All The Young Dudes So Iâ€™ve been on a James Bond binge lately and let me just say, the exotic locations, the not only beautiful but unique women, the cars, the luxury, the class, I mean itâ€™s no wonder why itâ€™s one of the longest running and most successful film franchises to date.

Anyways, while watchingÂ The Spy Who Loved Me

last night I thought that given how my romantic exploits these day would most closely resemble those of aÂ  007, what could be more suiting than posting a Bond theme for Valentines Day. With that said hereâ€™sÂ Nobody Does it Better, the theme fromÂ The Spy Who Loved Me

, a very classy song of admiration, submission and appreciation. Iâ€™d imagine if you were in love this would be howboth parties would feel. Timeless song.

I wasnâ€™t looking, but somehow you found me.
I tried to hide from your love light,
But like heaven above me, the spy who loved me,
Is keeping all my secrets safe tonightâ€¦
Nobody does it better, makes me feel sad for the rest.
Nobody does it half as good as you, baby your the best.â€

Carly Simon – Nobody Does it Better (The Spy Who Loved Me)