I’m the baddest man alive, and I don’t plan to die
When the grim reaper come I look him right in his eye
I plus up in the face of the witch of the East
Tell a great white shark to go and brush his teeth
I’m the man who stole the golden fleece”

They say if you go to the place where two roads meet at midnight that the devil will meet you there. They say that, in return for your soul, the devil himself will tune your guitar, and you’ll be able to play the blues like no one else. Faustian legends like this always seem so implausible, so farfetched. That is, until you hear just the right mournful melodies. The pain that drips from strings and spills out of woefully borne lyrics. The Black Keys send you to the edge of belief on this one, tag-teaming with the always impressive RZA. The bluesy rhythms of the Black Keys drive the engine of the Wu-Tang legend’s cavalier ranting. The track is featured in The Man With the Iron Fists, co-written and directed by RZA. Naturally, he produced heavy-hitting soundtrack, too.

See the moon
See the stars
From your lonely seat
In your lonely car
You can be oh so mean
I just can’t see no in-between
You know what the sun’s all about
When the lights go out.”

A couple of things – today is Martin Luther King Day, it is inauguration day and this song has nothing to do with either of those. When the Lights Go Out led the Black Keys‘ 2004 album Rubber Factory. It received even more press when it was featured in that weird, captured nympho movie Black Snake Moan. The track exudes those soulful guitar riffs and pain-driven lyrics that a staples of the Keys’ music. Dan Auerbach and Patrick Carney have spent the last 12 years crafting their sound and exploring new heights for their music. Something about When the Lights Go Out is so classic, though. It’s powerful blues rock, the sound created in the midst of a vacated tire factory. Weird, but true.

The Black Keys – When the Lights Go Out 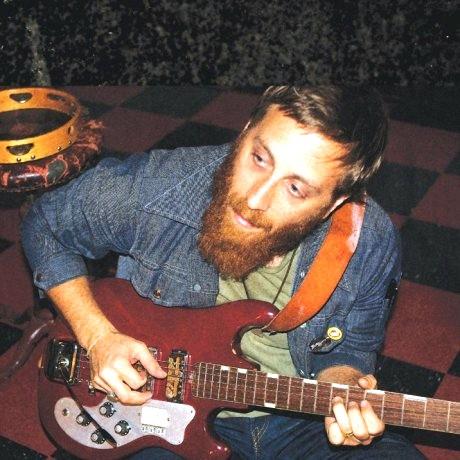 Lately I’ve been digging on the bluesy rock of Dan Auerbach, one half of The Black Keys. Auerbach took time out of his Black Keys’ fame in 2009 to release his solo album Keep It Hid. The album was recorded live which is felt in the grit and authenticity of the sound. In comparison to the Keys’ music, Auerbach administers a distinctly healthier dose of blues and soul, notably in tracks like Heartbroken, In Disrepair.

God may forgive me, but that’s not enough’
Cause I gotta live with myself, till I’m dust
Just walk on by, if we pass on the street
Sometimes in battle, it’s best to retreat
Searching for light, gasping for air
Heartbroken, in disrepair”

Auerbach chooses a minimalist approach with the lyrics on this track. Instead, the last third of the track is dedicated pain-driven guitar riffs that somehow speak louder than the lyrics themselves. I’ve had it on repeat for a few days, each time feeling a little more of the determination and a little less of the hopelessness.

The Black Keys – Gold on the Ceiling