I don’t know what it is about The xx but they keep delivering singles and re-edits that I cannot stop listening to. The minimalist style allows for other artists to come in and fool around, but what I appreciate the most about this band is their willingness to play around with their own stuff. One lesson I learned in art school is that no work is ever completely finished. This can be a burden to some (me being one) it is also a freedom. An idea has a beginning point, but its end is infinite. Ideas evolve and grow as they progress. You can reach what feels like the end of a project, but really you’ve reached a point in the idea where you and it need to rest. This idea works sonically as well and The xx certainly aren’t afraid to breathe new life into their already lush tracks.

I always thought it was sad
the way we act like strangers.
After all that we had
we act like we had never met.”

This morning I had a conversation with of my best friends. We went back and forth relishing in the truth they had just discovered. A veil had been lifted on a (now) one-sided relationship and liberated vibes were pulsing. This track is a conversation between two ex-lovers and their perspective on the failed relationship. Oliver Sim and Romy Croft exchange verses with words of regret and a little dash of shame. Croft, it seems, is like my best friend – hoping that something will come about again…that they’ll somehow rekindle the flame. Her perspective, however, sees beyond the blind hope and knows that what’s done is done. Now it’s mere frustration towards the relationship, for who wants to see a person they’ve had history with and feel inadequate?

Jamie xx’s re-vamp of this track spins it into a melodic dance tune. While the story unfolds xx provides a beat that makes it okay to let go and shake it all off. There should be celebration in finding truth, no matter how unfortunate it may be. 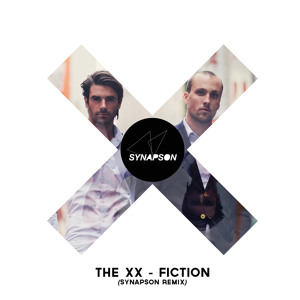 It’s that time of day where the sky’s filling with purple, the air gets a little crisper, and the 9-5er’s are piling into their cars, cabs, subways, and hopping onto their bikes to shake off their day. Happy Hour is in high gear and the weekend is inching closer and closer. I’m sitting at my studio desk a mile from my apartment with a huge list of to-do’s glaring at me, yet all I want to do is sit for a bit; zone out and let things go. Thankfully I brought my laptop to the studio today for it holds my whole music trajectory and this track hasn’t made it onto my already full iPod. With my headphones on, the commotion and distractions of the other people here don’t exist. This track is playing and all I see are mouths moving but I can’t hear their words. My imagination takes over as the lush sounds of The xx and Synapson’s brilliant additions wash through my body. I imagine all the people leaving work; millions of tiny people robotically following their daily motions and the city grid. This bird’s eye view lends some perspective to this banal act and with this track as my soundtrack, it all feels calm.

Calm is what this track emotes. Despite the lyrical longing and frustration over a lover, the lazy guitar slides and staccato picking keeps the song upright. Jamie xx’s hushed monotone is soothing; haunting. There’s a sense of desperation throughout the track (perhaps it’s the keyboard chords or dropped beat towards the end), but the drum beat keeps the song grounded. It’s a sedative track that lends a sense of bliss to detachment. I can’t wait to put this track on my iPod and walk through the city streets and just let go for a couple blocks or twenty.

This is a musical space you want to fall into before the weekend begins. It’s the sonic calm before the storm. Go find your little corner of the world, relax, and slip into this track. Debauchery can wait.

There’s always two sides to every love story; whether we like it or not. Before I continue any further, it should be very clear how biased I am towards The xx as they are one of my favourite bands. So please excuse my probably biased but honest post.

As I was saying, about the two sides to every love story.. It just so happens that no one believes the truth but their own truth (at least in my humble opinion). And sometimes -ironically- when people have just been freed from a relationship they remain chained to a feeling or their ‘truth’. Sometimes we ask if we held the other person too close or didn’t let them breathe and we do so with a rhetoric tone as we hope there’s a chance the other person doesn’t answer even though we asked.

The worst realisation is to acknowledge how two people that were once so close, could be asking themselves these questions. It just proves how -without noticing- we can grow apart as fast as we attract each other.

Oliver and Romy tell this story with their usual unique blend of simple vocals and melodies; this time in a bit more upbeat and almost danceable rendition than their first single Angels. It sounds like a typical xx tune in the bassline, guitar riffs and the cataclysmic drum work except for the subtle influence of a couple new musical elements that set this album apart when you appreciate it as a whole. As the sophomore release of their new album, Chained has been expected with much anticipation.