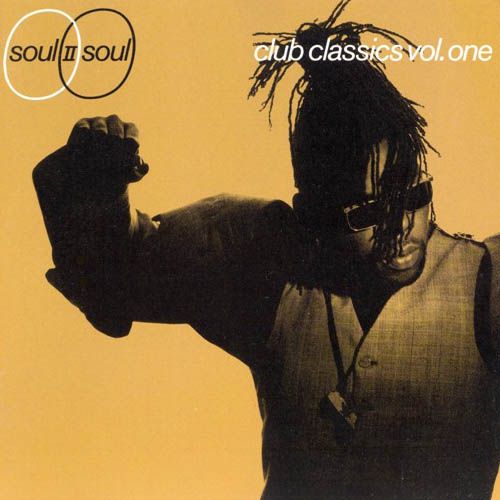 Being a child of the 80’s who really lived the 90’s I can attest to how popular and hard hittin’ Back To Life (or how it was popularly known: However Do You Want Me). It seems the New York duo of Follow Me want to solidify themselves as the kings of soulful R&B classics remixes. It’s impossible for someone my age or around it now to reminisce about those times as a kid as one listened to this son on the radio or a cassette tape. I was fortunate enough to sport one of the first portable yellow-water-and-shock-proof (for like 10 seconds) Walkman CD Players. I remember I had the original CD (I only say original because of the newer kids reading this, there was no other option back then in the CD format). And I played that CD so much on that and other CD players that it ended up getting scratched and beat up.

It was a really fun epoch of sorts. And it’s even better to relive those moments but in a fresh and contemporary way. So, thanks Follow Me.

A month ago I wrote a piece here on EMPT on they Isley Brothers’ remix which was oh so good itself and we couldn’t help not to write about this one either.

Soul II Soul – Back To Life (Follow Me Remix) Sanctuary
Is what you are to me
Yeah
No dictionary
Can find the words to say
How much I love you.”

I start this post like the Isley Brothers start their classic. The lyrics to this song couldn’t paint a clearer picture of the kind of particular situation one has to find oneself in before dedicating it to someone. Follow Me has from the start earned my respect for the stuff he has put out. But the last couple of remixes (see our post that covered his amazing TLC remix a month ago) are nothing short of spectacular.

A steady beat, those echoed synth chords and the handclaps by themselves foreshadow that what is about to come is big. You can feel this even before hearing the first vocals on the song. I love it how Follow Me’s remixes are right on top of that thin line between songs you can hear and enjoy and ones you can dance to. The BPM and the groove in his remixes has enough oomph to get you going and you feel that you can barely dance to it. Clocking at 3:42 I wish there was an extended edit or something because it’s too good to end so fast. After much internal debate on what where the best words to describe this song in one sentence, I came to the same conclusion I did before. The first thing I said to myself the first time I heard it is the last thing I’m gonna leave you with: “This is fucking golden!”.

In 1999 TLC released their chart topping hit Unpretty to much acclaim, not only for it’s R&B almost mainstream pop status but for it’s message. Those who lived that decade know well plastic surgery and alike are much more socially accepted today than they were back then. Anyway, once a while comes someone out of the blue that gives us music fanatics faith in remixes and reworks. Truth be told I hadn’t heard of Follow Me or any of their work.  But the closes comparison of something similar to this done by a remixer was Cyril Hahn’s remix of Destiny’s Child’s Say My Name. It’s not as dark but it’s equally unique and refreshing.

Follow Me transform this R&B ballad into a groove-a-licious soulful slow dance track. The loop in the beginning is misleading and the surprise comes on the 27th second mark with that sick bassline and drumwork. If the musical gift wasn’t enough they’ve just released a visual companion to the remix. It’s an edit of the original video but synced to their rework.

It’s been only 3 days since they released the remix and I’ve replayed it so much that it seems a week since. I can’t get enough of it and I’m almost sure the same thing will happen to you. Follow me dub this type of sound “Midnight Groove”. I’d say those are very apt words to describe it.