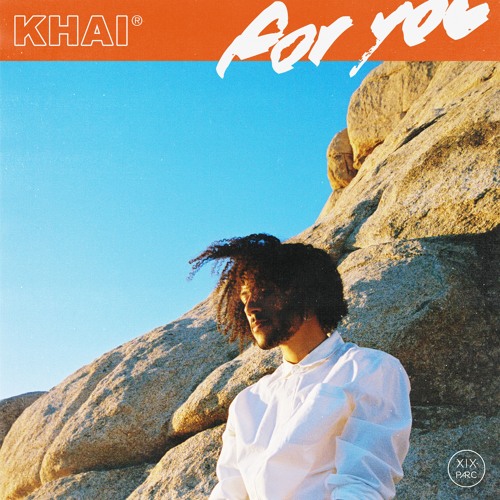 I often use music to soothe the soul every Monday as I ease into the week; it squashes any anxieties I may have about the days ahead and grants a base level of positivity for me to build upon. KHAI’s “For You” is a wonderful addition to that soundtrack as the single is a slice of sultry, atmospheric bliss that puts me in zone difficult to describe. I’ve spun it on repeat since it entered my inbox this morning and it makes everything around me seem in place, and in turn, puts me at peace.

The view overlooking the hills here in Los Angeles is gorgeous with the overcast skies draped atop them like a blanket. The palm trees are bent at perfect angles aside the roadways where cars move in tune. KHAI’s vocals bring forth much of these observations in particular. His harmonies are mesmerizing as they build upon one another toward the skies, all the while a hazy instrumental atmosphere unfolds below. It’s impossible to keep “For You” on as background noise as it utterly envelops the senses…I might need to turn it off if I’m going to get any work done today.

A lot of producers rant and rave about the watered down nature of their genres–particularly the whole tropical disco trend of taking Ashanti or Brandy and throwing some cow bell on it. Bedroom producers have naturally given birth to copycats and flooded the inbox of many a music blogger, making it harder than ever to distinguish yourself from the rest of the pack. But it is still possible to rise above the muck and to get a music blogger to stop scanning the webs and start typing. Rather than latching on to a moment, create something that’s totally your own. One pretty simple yet extremely difficult way to do that is to fuse genres together (and do it well). Lane 8 does exactly this masterfully, and the result is hypnotic.

If Disclosure and Miguel Campbell had a baby, it would sound something like Lane 8‘s “For You.” On point bass lines, a sleek piano break down, and deep, haunting vocals (a masterfully sampled and manipulated line from The Isley Brothers) elevate this track beyond the standard “oh that’s some deep shit” stratosphere. While “For You” represents yet another producer paying homage to a classic, this version approaches the Malinchak “So Good To Me”level with its sophistication. Like “So Good To Me” (my track of the year),  Lane 8 totally transforms a sample into a new identity, so much that it’s nearly impossible to tell where it came from.

For You is slow and fast, it’s deep and it’s high. It’s a track that you’ll probably find yourself keep coming back to. And it’s a reminder to always remember: there’s still some love left in music, sometimes you’ve just got to dig deep to find it.

The Isley Brothers – Weak For You