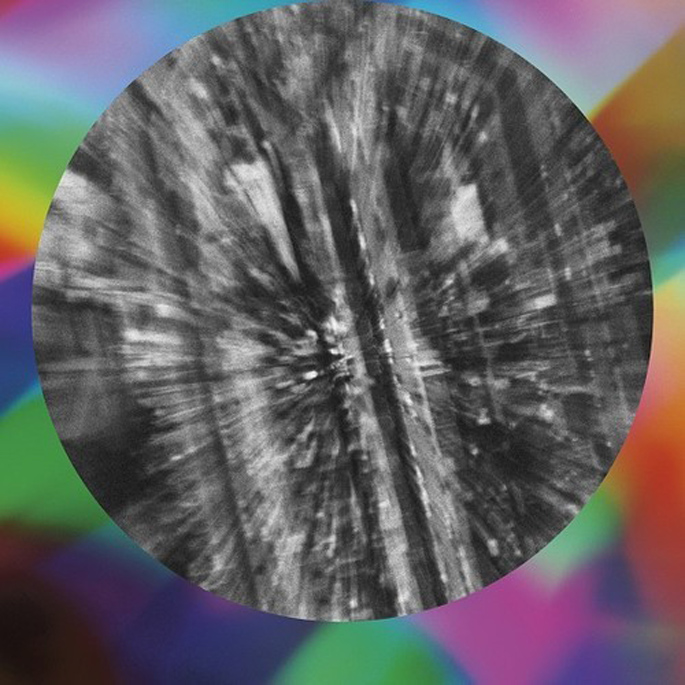 How I go from rocking to the loud in your face, ridiculously banging beats of GTA at HARDFEST to playing this minimalist Four Tet jam on repeat is one aspect of my personality I can’t say I fully understand. The truth is my entire life is full of seemingly opposite worlds constantly co-existing in parallel. As an adolescent I would go from performing in the White House and Carnegie Hall  to the project hallway, Haarlem to Harlem, theses days it’s Billionaire birthday parties, private planes to the 1 train, goldware Thanksgiving dinners to scrappy Christmas parties in the Bronx.

Can you believe this shit Guru? I’m from the hood man!
No the REAL hood hood, not the RAP hood. The REAL hood,
Like three pair of pants, pair of sneakers, My moms is bustin’ her ass.
Nigga I’m goin to Japan tomorrow! YOU UNDERSTAND WHAT I’M SAYING?!
Can you believe that?
I’ve seen the best of the best, worst of the worst, I’m still here…” – Jay-Z

Shit man, I’ve come a long way! My life has been rich with duality and I couldn’t be more grateful for it because of the unique perspective it gives but I have to be honest, riding that line isn’t easy. Most people see one or the other but to constantly live, breath and be in that center makes it hard to identify with most. But that’s what motivates me man, my unique existence in the midway. It’s what inspires everything I do and my philosophy for creation. EMPT was born out of that energy, it will always be that energy.

I remember hanging out Downtown either with Roy, all the Rocafella people and beautiful girls crushing at The Box, Jane Hotel or whatever was hot when they first opened and hearing all this great music, experiencing these moments all by myself. Then I would go back Uptown, over to LA, back to New York and realize how all the different circles I ran with were deprived of each others music and experiences. I thought that was unfair and decided to do something about it and bring justice for all or music for all aka Et Musique Pour Tous.

Sometimes I feel alone because of my place but I’m starting to embrace this thing, after all it’s what’s unique to my DNA and gives me that advantage. Sometimes people think I’m shallow or only care about success and money. They can’t understand why sometimes I work so hard and sometimes party harder but that’s just my life. Shit…

I’m shocked too, I’m supposed to be locked up too
If you escaped what I’ve escaped, you’d be in Paris getting fucked up too…

I didn’t mean to get that deep into all of it but that’s what I love about minimalism in music, it can serve as a canvas for expression. When music is in your face it’s really doing all the talking for you but jams like this just give the mind space to create. If you’re in the trap aka work right now press play on this one and zone out for a minute, you’ve earned it. Enjoy. Sharp memory talks
I hear around the room
Don’t wanna hear no more
Hear no more from you.”

These piercing vocals offer us an entrancing introduction to this remix. While the chopped up beats go in various directiosn, the vocals are what hold our hand throughout the song. Guidance at its finest musical moment. I have to admit, Four Tet has really surprised me in the past couple of months. I’ve never not liked him, I just never paid enough valuable attention to him. My roommate and other best friend introduced me to his chilled out sounds, and I’m so thankful for that. I wholeheartedly believe that we have to be in certain moods to hear certain songs and I think that’s why I didn’t instantly fall in love. But as soon as I started loving him, I couldn’t stop. I guess that’s how love is in general, I don’t know why I was so surprised at my reaction. A never-ending spiral upwards, downwards for some, but let’s say for the sake of music, it’s always up.

Ultraista’s chilling vocals in this track really convey a distinct message about a ridiculous behavior that we humans choose to involve ourselves in. Coated in a sexy and addicting chopped up beat, I’m sitting here thinking about how often I’ve been stuck in a ridiculous situation of smalltalk. It’s inevitable. When our brains get too loud, they inhibit us from speaking coherently, from saying what’s on our minds. It’s another defense mechanism. Thanks brain, I appreciate it. But I am not exempt from the act, I too, indulge in this waste of time. And it only happens when I truly have no idea what else to do. It has a lot to do with a person’s energy, how comfortable they make me feel. So it’s never going to be something I’m fully in charge of, and it’s definitely something I try to remain aware of. If that sounds like a defense for my inability to be the best conversationalist all of the time, that’s because it is. So what? We’re not perfect. It’s a lame part of our beings. If all conversations with all humans were awesome, we wouldn’t know the difference between magical and ridiculous.

Upon reflection, one of the most disappointing instances of smalltalk came from one of my ex-lovers. It’s when I truly realized how much I hated the act, and it came from a male that I once had so much respect for. As soon as I made the connection between my hate for smalltalk and him, I began to hate him, too. I remember the scene that spawned my realization. I just kept thinking, why are you doing this. I know you want to talk about real things, as he asked about medial schoolwork and academia that was of no interest to either of us. And no matter how much I willed our relations to change, the spiral of his non-genuine behavior continued, as it usually does. In this instance, fake behavior spirals as constantly as love. When a person chooses to be non-genuine, this un-realness usually continues. A person in love only falls deeper and deeper in love. The problem is that either way, they’re falling.

I’m surrounded by many loved ones, family wise, but my loved one is across the country. If I were you, and my loved one was close within grabbing reach, I’d listen to this song with them. Yes, the content and lyricism is important, but the actual track as a piece of music drips with a thick and unmistakable layer of sensuality.

There are a lot of things always happening for everyone at any given moment, so it may come as no surprise to all of you when I say that there’s a lot happening in my life right now. Would it make you feel better if I said that this song was taking up a majority of my attention? Because nine minutes of glory and build are all too hard to forget, and when the layers build like they do here, you simply have to indulge and let go for an uninhibited amount of time. That’s the nature of Four Tet in general, I think. It gives me great joy to know that I’ve really fallen into this warped hole of an entirely new genre of electronic music, something I’ve always appreciated but not to the level I’m at right now. I think it has something to do with craving a sound that represents the emergence of newness to our generation and time. That is to say, each era has its sound — whether it’s rock ‘n’ roll, punk, hip-hop, ’90s hip-hop (very different), etc. and I’d like to think that the sound that I’m really proud to say has emerged from a gifted group of musicians and electronic/tech geeks (in the sweetest, most positive way possible), is something along the lines of this song.

Vocal layering, building sounds, synths, machine produced drums, spacey futuristic tribal sounds…these musicians have a lot to take credit for, and they deserve our thanks.

I’m writing this post from the safety of my warm bed and apartment because as I’ve been warned, it’s sub-30 degrees in NYC today and that is just not going to fly with me for the time being. Regardless, when I go outside, this will be the song I listen to in order to remain grounded and composed. I urge you to do the same.

Before Four Tet’s (né Kieran Hebden) contribution to the Late Night Tales series (released earlier this year), he bridged his two previous releases with the outstanding instrumental Locked.  As the ending track of the garage-inclined FabricLive 59 mix and as track #1 on his latest release Pink (2011), Locked is a deliciously loaded percussive stew.

It begins as a seemingly simple trip hop beat, and before we can blink it transitions into two-step garage, courtesy of countering cymbal triplets that are characteristic of the garage sound.  The sly trilled synthesizer riffs are the spark, twinkling in the eyes of the song. Before the high pitched riffs can have too much fun, they are immediately put in their place by disciplining attacks from the lower frequency: a patriarchal two-note bass synth that follows.

The polyrhythms of Locked makes it accessible on several levels. It could shake bass heads on a come-down in a post-2am underground club, but could also fit on a loungy, laid back summer mixtape (Hebden even described the track himself as “summery”).  The fact that it’s so multipurpose plays a huge part in its appeal.

Locked is one of Four Tet’s lengthiest, most enjoyable beat structures yet. And although the 8:32 playtime might seem like a serious time commitment, rest assured that its length is not a burden, but an investment of time that appreciates in value by the end.

I know a lot of you have been waiting but I finally got the new LMDM from Steph and once again it’s nothing short of amazing. Steph is super busy these days and I know how much work goes into making something this good every single time so on behalf of all EMPT heads I’m saying thanks, a month wouldn’t be the same without a dose of LMDM.

There are many ways to listen to LMDM but I highly recommend you do as I do – press play, sit back and put your trust in Steph. A lot of thought was given to the sequence so no fast forwarding, no rewinding, no flipping, just listening…

I’m always curating music for brands these days and I rarely get to sit back and just enjoy someone else’s work. That’s why I cherish these tapes more than ever because I get to just sit back and go on Steph’s adventure. This one like all the others is a trip from start to finish so check out a few words from the mastermind herself as I go indulge in LMDM Julliet, enjoy.

Two amazing albums came out recently: Beirut’s new “Rip Tide” and Hooray for Earth’s “True Loves.” I can’t stop playing them. Go buy them and support the artists,  from start to finish, they are both amazing. Both bands are also touring this (end of summer/fall) so look out to see if they are coming through your city…this mix is a much lighter summer tape – for the winding down- half falling asleep-drink in your hand- smile on your face – sun about to call it quits – type of evenings. Hope you enjoy.”