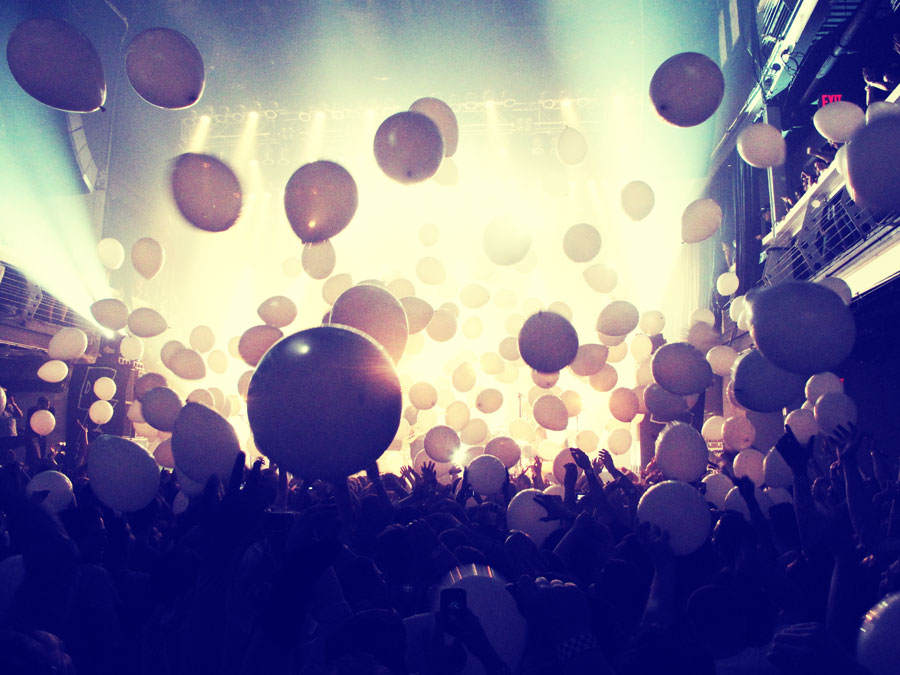 I have this conviction that there exists a song that embodies every fiber of our own individual beings. These songs vibrate at the same frequency you vibrate at. They get deep beneath your skin, slipping in and around your bones eventually working their beneath the bone surface and nourish you like calcium. It’s these tracks that remind your friends of you. Maybe it’s something about the cadence of the notes or perhaps it’s the lyrics. Maybe it’s more than that – maybe the track moves the way you move. If a song could manifest itself as a human, these tracks would grow into you. It’s a pretty thought, no? I had never thought of this idea until this real incredible girl with the brightest of minds told me that a track I wrote about over the summer, the Jason Bentley remix to “Lazy Eye,” sounded like me. At the time I didn’t know how to respond, so I blushed a little and smiled, but the moment I was alone I immediately put the track on and almost at once her statement became clear. I don’t have the right words to do this explanation justice, but the track resonated within me in a way that’s vastly different than a solid house track does. The high of the build-drop wasn’t there; rather the sound became me and I became it. Before I get lost in thought and begin to ramble, I’ll simply say that the track ignited a feeling that can’t be explained any other way than a gut feeling. Music has never been the same for me.

Anyway, this track is a throwback to 2010. I’ve been feeling a lil’ introspective over the past few days, but have lacked the motivation to act it (that’s the worst, isn’t it?). So I decided to comb through my library for a track that I knew would sink into me. Chad Valley, the solo-project of UK’s electro-pop group Jonquil’s vocalist Hugo Manuel, gets me like the “Lazy Eye” remix does. There’s something about the ethereal atmosphere of chiming synths, soft percussion, and Manuel’s New Order-esque vocals that get me good. “Up and Down” has an 80’s vibe to it and a steady beat that just moves forward. It’s a track you walk a little lighter to; a track that you can’t not sway or bop to. For a Sunday evening after a stressful (albeit rewarding) week and a weekend that’s been illuminating in more ways than neither my friends nor I can understand in this moment, Chad Valley is the perfect compliment. It has the ability to simultaneously chill you down and lift you up. If you’re lucky, it’ll sink into you, too and you’ll have a new track to turn to when you need re-centering.

Cheers to sounds. Cheers to Sunday. Here’s to a solid new week.

Chad Valley – Up and Down I’m a sucker for love-sick falsettos, and I’m not ashamed to admit it. Chad Valley gears up for the release of his first full length Young Hunger on October 30 with this exceptional track. Piercing even the coldest of hearts, Tell All Your Friends packs an immediate ferocity with Valley‘s vocals. Emotional and insistent, the lyrics drive the exhaustion of loss and hope.

Tell all your friends, tell everyone
All I ever think about is you.”

Chad Valley is the solo project of Hugo Manuel, the vox behind the band Jonquil. He speaks simply and honestly, a quality that I’ve learned to appreciate in an artist. My first foray with Chad Valley was an EMPT post from 2011 on Now That I’m R.eal (How Does It Feel?) from the Equatorial Ultravox EP.  That track spoke with the same sincerity and power (not to mention assonance), and I’m literally on the edge of my seat for Young Hunger. The album looks to be chock full of incredible collaborations such as Twin Shadow, Glasser, Active Child and El Perro Del Mar. While the wait slowly falls away, feel free to have several of those moments where you belt out lyrics at the top of your lungs before experiencing a solo dance frenzy.

Chad Valley – Tell All Your Friends