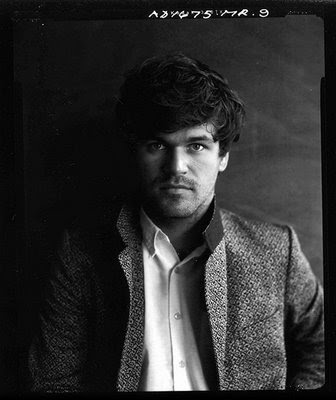 I posted the original to this back in October and forgot about it till I was recently working on a mix for a hotel I’m unfortunately not allowed to disclose yet. Aside from the infections chord progression and first class production, this song has some great lyrics that get me thinking every time I hear it.

I took another step
to find out which way my feet would fall.
The right way must be left
as straight ahead is never good at all.”

I was watching Real Time With Bill Maher yesterday and his first guest was the peoples champ of death, Dr. Kevorkian.

I didn’t really know much about the famed doctor but man was I impressed with his mental freedom and thought process.Â It seems like the older I get the less fear I’m starting to have and in a world ruled completely by fear that can sometimes work against you. Many of us are defined by the so called social norms, rules and limitations that serve to suppress our inherit creativity and uniqueness as people. It’s these same limits that create these fluffy fears that are really based on nothing concrete to begin with.

What’s a body when there’s fear of love man, we’re so near?

Being a functional and contributing member of society and being controlled by what’s supposed to make you a good member of society is something that should be carefully observed, questioned and studied. One should never be afraid to take a step for whatever reason and anything or anyone that makes you feel otherwise should also be carefully observed and question. Prison is far from the only place to lose your freedom so keep and eye out for all forms of limitations because they can be right next to you at work, right next to you at home, right under your nose…

Keep you eyes open, werd up. Just watch my back, I got your front…” – Mobb Deep (Shook One’s Part II)

Jack Penate – So Near

I’ve been dealing with a few people who suffer from severe levels of selfishness and insecurity lately and it’s starting to be discouraging. It’s like no matter what you do, how much love, how much loyalty or honesty you show these people can’t stop hesitating and questioning things. In fact, they actually take these things and turn them into negative. Welcome to 7th grade. My friends say you should learn to work with these people for the sake of productivity but I’m not sure if you can create anything meaningful or win like that. I mean how great is TerrellÂ Owens at what he does and how many teams have won super bowls with him? The answer is zero.

What’s a body when there’s fearÂ of love man, we’re so near. – Jack Penate

Anyways, I have my iTunes alarm wake me up and this song was playing and as I sat there listening to the lyrics I realized just how great a song it is. It’s just another one of those songs that captures a great energy and represents those moments in life when you feel good and things are looking up.Â I’m 25 and like most of my friends I feel like I’m at that coming of age point where you start realizing what the important things in life are and how insignificant a lot of other things are. The point we’re you’re done dealing with nonsense and understand you don’t have to deal with the crap to get things done. In other words, no fear. It’s also the point where you start to lose your patience for people who don’t understand that because it’s time to make our mark in the world and that doesn’t leave much time for helping people grow up, at least not people that don’t care about growing up and embrace the bad qualities they have instead of trying to fix them. Love is love, to get it you have to give it and that’s the only way it works, this is a great feeling song for a Monday morning, we’re almost there baby! Enjoy.

Jack Penate – So Near

Apparently it’s July, welcome. A lot happened for us in June, we had the most traffic EMPT had ever seen and got shut down in the same month. Our diabolical hosting company Gisol Inc. stole our website and content so we’ve had to rebuild from scratch – no easy task. But atlas there is light at the end of the tunnel and what could be more suitable to celebrate our return then announcing the July version of Steph Lund’s beloved Le Miel du Mois! With that said, here is an excerpt from Steph hinting at the masterminding that helps create this tape: