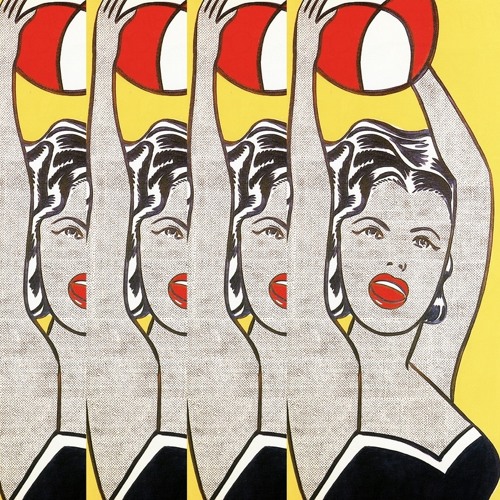 I was having dinner with a friend in the booking world the other night and the merits of the DJ set came up–whether or not the performance lives up to the surrounding hype. Granted, I’ve seen enough DJ sets in the past two years (150+), so at this point I’m a little jaded, but I just feel silly paying to for the right to hear songs I can play on my iTunes while I’m doing something productive. Yes, it’s still great to go out, socialize, dance, and enjoy the tunes, it’s inherently less about the performer and more about the surrounding experience. Basically, unless it’s Daft Punk or Major Lazer, I’m not paying much more than 10 bucks for a DJ set.

But I think the future (and biggest draw for me) for these kind of events is, hopefully, acts that can incorporate live music and instruments into their sets (yes, even live drums). Likewise, the sets that do still remain with me were by Fred Falke and RJD2, two guys who put on a show and definitely don’t just “press play.” When Falke plugs in that bass and  lets loose, people just lose it. I’m all for going out and supporting producers that bless me with music for free, but there’s something about a real instrument  that turns a show into something significantly more special. And there are also producers out there–like Todd Terje and Lindstrom–who are bringing their synths to the dance floor.  And guys like Goldroom and RAC probably agree with the sentiment, as they’re both set to debut live bands this year.

One of the acts I’ve been triumphing for awhile that’s more than capable of “DJ-jamming” is Drop Out Orchestra. The Swedish-based duo clearly have chops and I’d be shocked if they weren’t at some point in a “real band.” Drop Out Orchestra‘s edits and remixes play a very important role in my life, and their first original track in awhile is a worthy addition to their canon. And it raises a very legitimate question: if your girl doesn’t want to dance…then why is she your girl?

Drop Out Orchestra – Your Girl It’s pretty early here in New York. I’ve been in and out of sleep, and for whatever reason I can’t seem to fall into my sleep space. These are the kind of nights I hate to love. I know sleep is important, but there’s just something so liberating about being the only one awake in your apartment- let alone the city that supposedly never sleeps (all my friends are dreaming judging by the lack of little green dots next to my Facebook buddy list and the zero text message responses). I’m not complaining, though. The Empire State Building has turned off its lights and I’ve turned to a cup of tea and a song that embodies the phrase “dreaming wide awake.” It’s at this hour that I feel like my mind is at its most awake moment. I can think clearly with the world outside my window at a relative standstill. Perspective is actually in reach and the only thing distracting me are the numbers on my clock creeping towards the set alarm time. Time, however, is man-made and at this point in the night I feel free enough to ditch those glowing red numbers and focus on what’s happening in front of and around me. It’s a little lie, but the world is mine in this moment.

William Phillips, the name behind Tourist, has crafted a soundscape worthy of insomniac nights. He chops up Aaliyah’s “If your girl only knew” lyrics and spins them over an ambient synth and percussion line that melts into your atmosphere. Each layer of Phillips’ track creeps in, crescendoing itself into your consciousness before dissolving back into the air. It’s a track that simply weaves its way through “time” – softly carrying you through its lush landscape before fading away from your audio periphery. I’ve written earlier this month about songs that you dissolve with, but this is track that dissolves into you. It’s a track that lulls and calms you for no other reason but it’s blatant “I am sound” message. Andy Warhol once said that if we wanted to know who Andy Warhol was we only need to look at the surface of his paintings and there he was. The same idea goes for this track. If we want to know what music truly is we only need to listen to this track and feel the sound not only washing over us, but becoming us.